Fishermen advised not to venture into north Bay of Bengal along and off North Odisha, West Bengal and adjoining Bangladesh coast 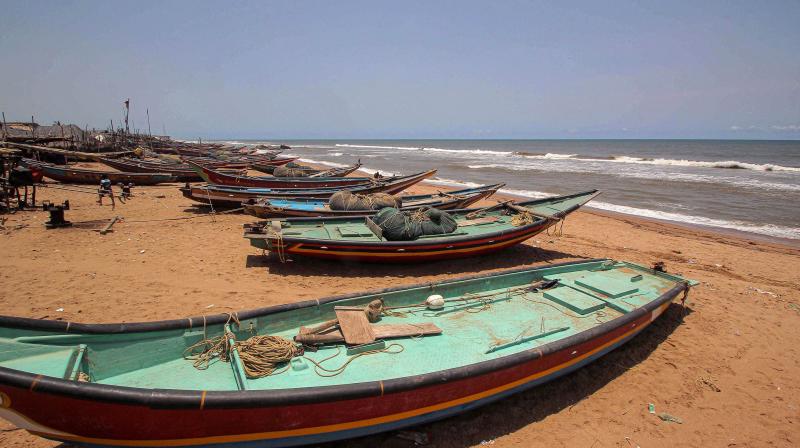 Fishing boats anchored at the Puri beach after authorities warned fishermen not to venture into the sea in the view of Cyclone Amphan, at Konark in Puri district. (PTI)

The IMD further predicted that the cyclone is very likely to move north-northwestwards initially till May 17 and then "re-curve north-northeastwards across the northwest Bay of Bengal towards West Bengal and adjoining north Odisha coasts between 18 to 20 May 2020."

Coastal Odisha is likely to experience light to moderate rainfall at many places with heavy rainfall at isolated places from May 18 evening.

According to IMD, the sea condition will be high over southwest and adjoining the central Bay of Bengal during the next 12 hours, very high over the same region from 17th morning.

Fishermen have been advised not to venture into north Bay of Bengal along and off North Odisha, West Bengal and adjoining Bangladesh coast between May 18 to 20 2020.