Besides, 1.41 lakh labourers have been sent to Maharashtra state border through state transport buses 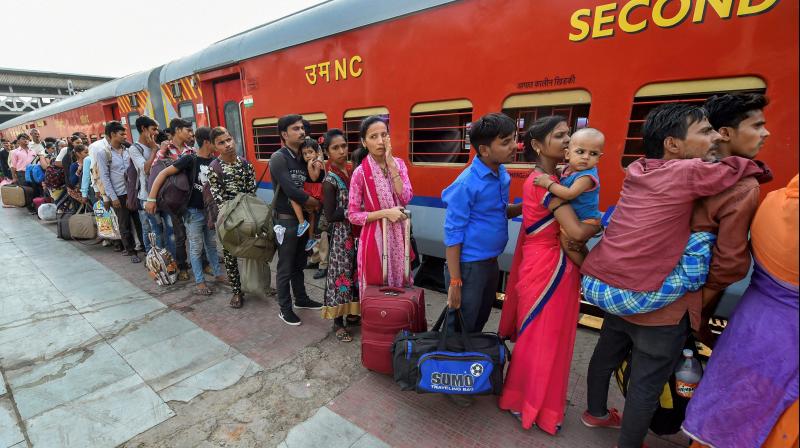 According to state home minister Anil Deshmukh, 117 trains carried people to UP while the trains are being run from parts of Maharashtra also to Rajasthan, Karnataka, Madhya Pradesh, Odisha, Jammu and Kashmir, Jharkhand and Andhra Pradesh. There are still more than three lakh labourers staying in migrant relief centres set up by the Maharashtra government, Mr Deshmukh said.

The first trains carrying migrant workers to Bihar and West Bengal, which had so far disallowed labourers to come back, departed on Saturday from Maharashtra.

“We could not send trains to West Bengal since that states did not allow it. But Sharad Pawar and chief minister Uddhav Thackeray personally spoke to West Bengal Chief Minister Mamata Banerjee over phone. Today, the first trains carrying migrant workers to West Bengal was sent,” said Deshmukh.

The NCP leader also expressed the need to operate at least 10 trains daily each to West Bengal as well as Bihar.

Union railway minister Piyush Goyal had on Thursday hit out at West Bengal chief minister Mamata Banerjee for not allowing migrant workers to return and appealed to all the states to give railways approval to run more trains.