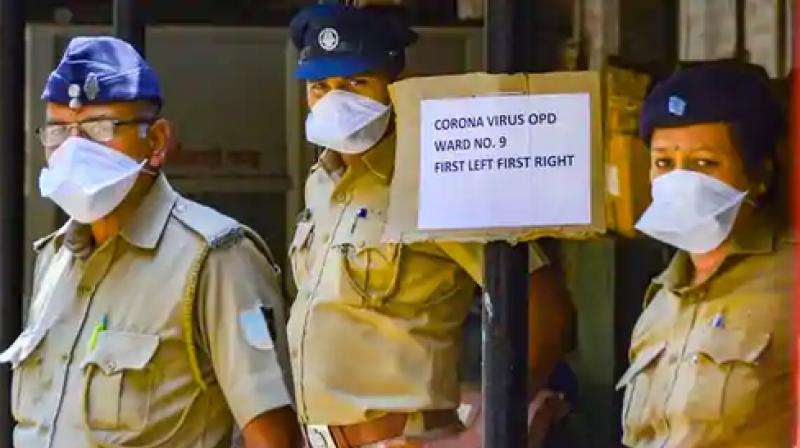 The number of fatalities in Mumbai police force due to coronavirus has increased to eight in Mumbai. (PTI Photo)

Mumbai: With two more deaths reported in the last 24 years, the number of fatalities in Mumbai police force due to coronavirus has increased to eight in Mumbai.

32-year-old Police Sub Inspector (PSI) Amol Kulkarni, who was attached to the Shahu Nagar police station, died at his residence in Pratiksha Nagar on Saturday morning. Earlier, Madhukar Mane (57), who was attached to the Motor Transport (MT) department, breathed his last at a hospital on Friday night after battling with the deadly virus for a week.

API Kulkarni had complained of cold and fever on May 13 and was referred to the civic-run Sion Hospital. The doctors had conducted tests for the novel coronavirus in civic-run KEM hospital, which came out positive on Saturday. However, he died on Saturday at home even before he could be hospitalised.

The senior Police inspector of Shahu Nagar police station, Vilas Gangawane said that Kulkarni had a history of high blood pressure and hypertension. He collapsed in the washroom at his residence on Saturday around 5 am. He is survived by his wife and a three-year-old daughter.

Mumbai police spokesperson  DCP Pranay Ashok, said, “ Kulkarni had developed symptoms since the last few days in the form of fever and cold. On May 13, swab samples were collected from him at the KEM Hospital and he went back home.”

Mr.Mane, who worked as a driver, had been taken off duty 15 days ago as he was in the high-risk age group. However, he had already developed the symptoms before he was sent on leave, a senior Mumbai police official said.

So far, the COVID-19 has claimed lives of 11 policemen in Maharashtra — eight in Mumbai alone and one each in Solapur, Nashik and Pune.