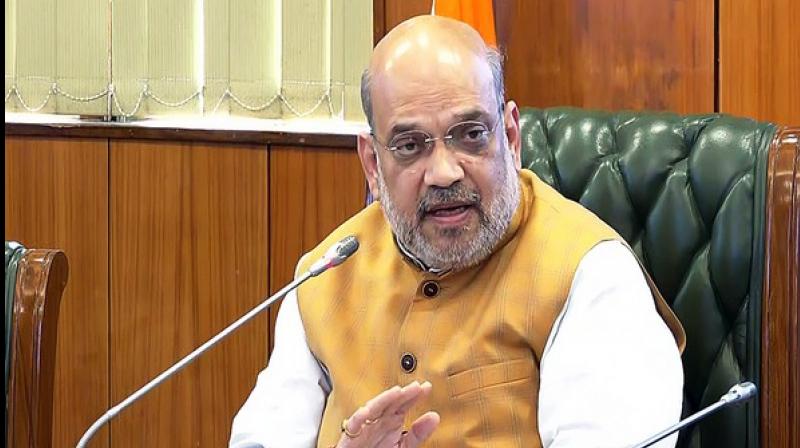 The high-level meeting, attended Lt Gov Manoj Sinha, Union Home Secretary Ajay Bhalla as well as the heads of intelligence and security agencies, also took stock of the preparedness for the Amarnath yatra that is scheduled to begin on June 30 after two years.

On May 12, Rahul Bhat, a government employee, was killed by terrorists inside his office in Budgam district. A day after the death of the Kashmiri Pandit, police constable Reyaz Ahmad Thokar was shot dead by terrorists at his residence in Pulwama district.

Last week, four pilgrims were killed and at least 20 injured when the bus they were travelling in caught fire near Katra in Jammu. Police suspect a sticky bomb might have been used to trigger the fire.

Bhat's killing triggered protests by members of the Kashmiri Pandit community who staged staged protests in the Valley demanding enhanced security and transfer of government employees to safer locations.

The Peoples Alliance for Gupkar Declaration (PAGD), a conglomerate of major J-K parties, on Sunday urged Kashmiri Pandit employees not to leave the Valley as it was their home and it would be painful for all.

To ensure that the Amarnath Yatra, a major security challenge given the recent incidents of violence, goes off smoothly, the Central government is going to deploy at least 12,000 paramilitary personnel as well as thousands of Jammu and Kashmir Police.

The annual pilgrimage to the high altitude cave shrine could not happen in 2020 and 2021 due to the coronavirus pandemic. In 2019, it was cut short just before the abrogation of Article 370.

About three lakh pilgrims are likely to take part in the yatra, which is expected to end on August 11.