India   All India  17 Jun 2020  Beijing talks peace while its media steps up propaganda
India, All India

Beijing talks peace while its media steps up propaganda

However, the Chinese side continued to put the blame on India and claimed the area to be its own. 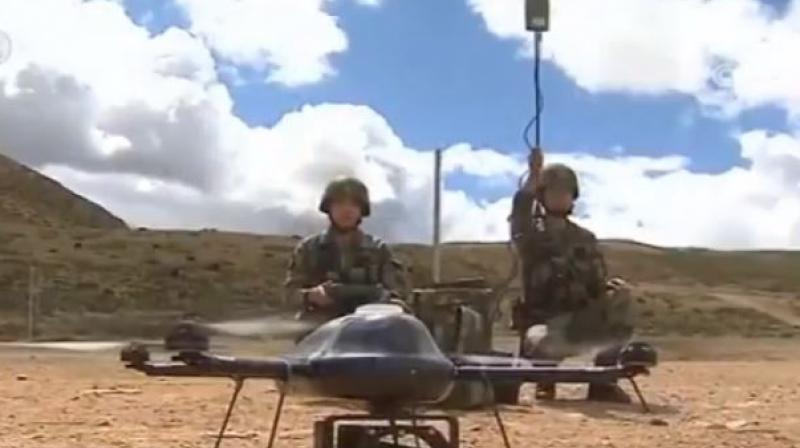 In a classical Beijing speak, the Chinese foreign ministry professed peace on the morning after 20 Indian soldiers were slain at the LAC, while insisting that the Indian side was at fault.

China and India are in close communication on resolving relevant issues through both diplomatic and military channels, it said.

The statement comes just hours after India accused China of trying to unilaterally change the status quo at the Line of Actual Control in the Galwan Valley and violating the agreement between both sides.

However, the Chinese side continued to put the blame on India and claimed the area to be its own. "The incident was very clear, as it happened on the Chinese side of the Line of Actual Control (LAC) and the responsibility did not rest with China," it said.

In parallel, propagandist Chinese media put out a video of a recent PLA drill. The video, which has been posted by the Twitter handle of the state-run English-language mouthpiece Global Times, features advanced tanks, long-range artillery systems, ground-to-air missile systems, special forces and army aviation troops.

According to Global Times, the drill aimed at the destruction of key hostile hubs in a high-elevation mountainous region, which is exactly what the Ladakh region, where the standoff between the Chinese and Indian armies is currently underway, also is.

This is the second military drill this month by the PLA. Earlier, a PLA airborne brigade held exercises deep in the northwestern desert, even as the border row between China and India raged on.

In a massive escalation between India and China, at least 20 Indian Army soldiers, including a Colonel, were martyred in a violent clash on Monday night with Chinese troops at the Galwan Valley in the Ladakh sector.

Initially, the Indian Army had confirmed only three casualties. However, in a statement issued late on Tuesday, it added that 17 soldiers later succumbed to critical injuries and the sub-zero temperatures.

The incident happened at Patrolling Point 14 in Galwan Valley, which comes under the 16 Bihar regiment of the Indian Army. As per initial reports, Indian troops were there to see the disengagement from the area by the Chinese Army when they were suddenly attacked by PLA soldiers.

As per US intelligence sources, the Indian also retaliated, resulting in 35 Chinese soldiers being killed. However, ANI had pegged the death toll at 43.