Later, both India and China issued statements saying they have agreed to de-escalate of the situation on the ground. 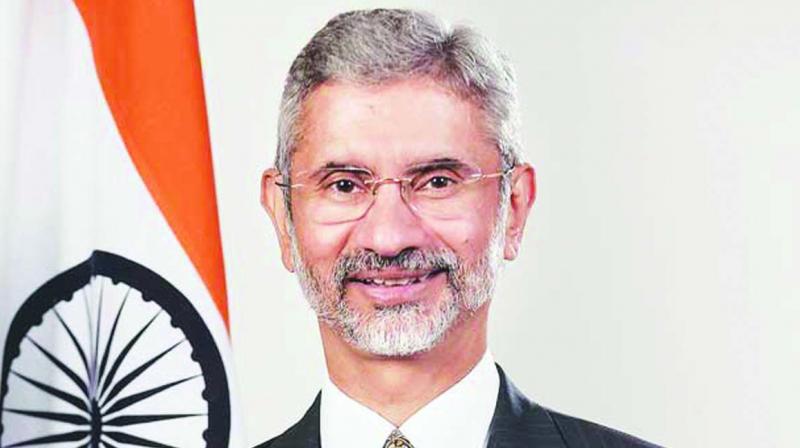 New Delhi: External affairs minister S. Jaishankar on Wednesday told his Chinese counterpart Wang Yi that the unprecedented clash in Galwan Valley was “pre-meditated, planned action” against Indian soldiers that will have a serious impact on the bilateral relationship. He asked China to take corrective steps during a phone conversation in which both the countries accused the troops of the other side of provoking and initiating the clash.

Later, both India and China issued statements saying they have agreed to de-escalate of the situation on the ground.

During his phone conversation with Wang, Jaishankar reportedly said that the Chinese troops “sought to erect a structure in Galwan valley” on the Indian side of the LAC, thereby trying to change the status quo, adding that after this became a dispute, the Chinese troops took “pre-meditated and planned action” against Indian soldiers that resulted in violence and casualties.

But the Chinese foreign minister reportedly hit back, accusing Indian troops of first attacking the Chinese PLA and demanded that the Indian side “conduct a thorough investigation into the matter, severely punish those responsible, and strictly control the (Indian) frontline troops”. Wang also warned New Delhi “not to underestimate China’s firm will to safeguard its territorial sovereignty”.

Eventually, both the foreign ministers agreed that the situation would be handled in a “responsible manner” and to implement the disengagement understanding of June 6 sincerely”, adding that “neither side would take any action to escalate matters”.

In a statement, New Delhi said, “The external affairs minister (EAM Jaishankar)... conveyed the protest of the Government of India in the strongest terms on the violent face-off in Galwan Valley on 15 June 2020... the Chinese side sought to erect a structure in Galwan valley on our side of the LAC. While this became a source of dispute, the Chinese side took pre-meditated and planned action that was directly responsible for the resulting violence and casualties. It reflected an intent to change the facts on ground in violation of all our agreements to not change the status quo.”

The MEA added, “The EAM underlined that this unprecedented development will have a serious impact on the bilateral relationship. The need of the hour was for the Chinese side to reassess its actions and take corrective steps... At the conclusion of the discussion, it was agreed that the overall situation would be handled in a responsible manner, and both sides would implement the disengagement understanding of 6 June sincerely. Neither side would take any action to escalate matters and instead, ensure peace and tranquillity as per bilateral agreements and protocols.”

In its version of the conversation, the Chinese foreign ministry stated, “Wang Yi said that on the evening of June 15, the Indian front-line frontier troops brazenly broke the consensus reached at the two sides’ military chiefs (senior commanders) meeting. When the situation on the ground in the Galwan Valley had already eased, they once again deliberately provoked and even violently attacked officers and soldiers of the Chinese side... This led to violent physical confrontations resulting in injuries and deaths. This adventurous act of the Indian Army is a serious violation of the agreements reached between the two countries on the border issue and a grave breach of the basic norms of international relations.”

Beijing further said, “Again, China expresses its strong protest to the Indian side. We demand that the Indian side conduct a thorough investigation… and immediately cease all provocative actions to ensure that such incidents do not recur. The Indian side must not misjudge the current situation and must not underestimate China’s firm will to safeguard its territorial sovereignty.”

The Chinese foreign ministry also said, “Wang Yi stressed that... mutual respect and support between the two sides is the right way to go; mutual suspicion and friction go against the fundamental aspirations of the two peoples. The two sides should in accordance with the important consensus reached by the leaders of the two countries, step up communication and coordination on the proper handling of the border situation… The two sides agreed to... de-escalation of the situation on the ground.”