India   All India  17 Jun 2020  How Indian soldiers were attacked on LAC: An account of the skirmish
India, All India

How Indian soldiers were attacked on LAC: An account of the skirmish 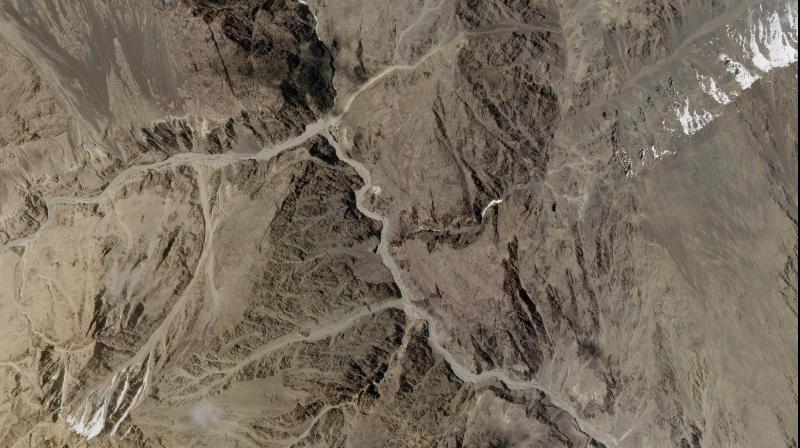 This satellite photo provided by Planet Labs shows the Galwan Valley area in the Ladakh region near the Line of Actual Control between India and China. PTI photo

The unarmed combat between the Indian and Chinese troops at Galwan valley in Ladakh continued for several hours and it was only around midnight that both armies disengaged. The Commanding officer of 16 Bihar regiment, Colonel B Santosh Babu and his two escorts including a JCO were knocked down by iron poles and stones by the People's Liberation Army (PLA) which led to strong retaliation from the Indian troops.

Hailing from Suryapet in Telangana, Col Santosh Babu, a student of Korukonda Sainik School in Hyderabad, was posted in Ladakh for more than a year.

According to sources in the Indian Army, having first hand information about the violent face-off between the two armies at Galwan valley, tension between the Indian and Chinese troops was simmering right since yesterday morning. Indian troops were waiting since morning to ensure that PLA troops fall back to a post, five kms to the east of Galwan valley, which was as per the disengagement plan decided on June 6 following a meeting between the two top commanders of both armies near Chushul.

''At one stage, the PLA got ready to go back but they suddenly turned back and assaulted our troops. The CO of 16 Bihar regiment, Santosh Babu and his two escorts were knocked down by iron poles and stones. The Indian troops retaliated and in a close unarmed combat, bashed up PLA soldiers. The unarmed combat continued for several hours and it was only around midnight that the troops disengaged,'' they said.

Initially, both sides pushed and entered into fisticuffs and hurled abuses at each other. But soon, the situation spiralled out of control after the PLA soldiers pulled out iron pickets (used for fencing), which indicated that the PLA had occupied some areas on the Indian side and had come fully prepared. They then attacked the Colonel and his two men which led to retaliation from the Indian side. "In the retaliation, the PLA soldiers were bashed up and the violent face-off continued for several hours. As tempers were running high, quick intervention by senior officials from both sides ensured that both troops disengaged around midnight," sources said.

By the crack of dawn, it was confirmed that the CO and two soldiers had succumbed to their injuries. "The situation is volatile and it remains to be seen whether or not it will escalate," sources said.

While stones have often been the most preferred ''weapon'' by Chinese troops during the border skirmishes with the Indian troops apart from using their fists, violent assault using iron pickets was something unexpected. ''It was an unprovoked act by PLA which resulted in casualties on both sides,'' they said.