India   All India  17 Jun 2020  US, Russia and EU urge India, China to apply restraint and engage in dialogue
India, All India

US, Russia and EU urge India, China to apply restraint and engage in dialogue

The United States also said it was closely monitoring the situation. 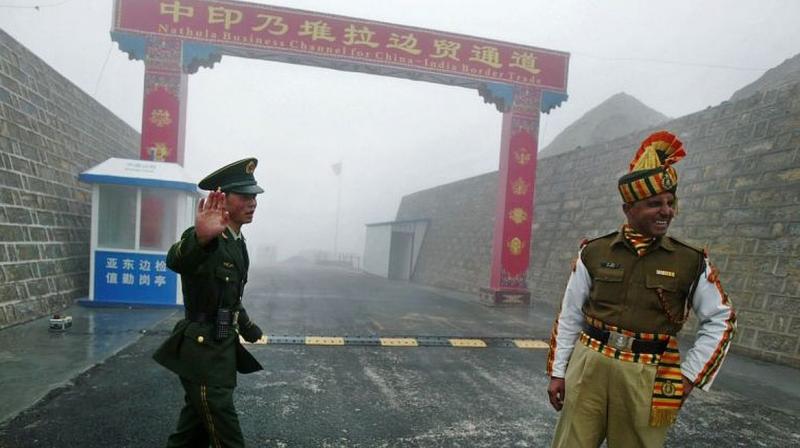 New Delhi: The United States on Wednesday said it was closely monitoring the situation on the Sino-Indian border and supported the peaceful resolution of the border issue between the two neighbours, while Russia too welcomed the joint efforts by India and China towards de-escalation. Britain urged both Asian giants to engage in dialogue, observing that violence was in no one’s interest. The European Union (EU) called on both sides to exercise restraint and engage in de-escalation.

While the United States said it was  closely monitoring the situation, a US State department official was cited by reports as also offering condolences on behalf of the United States to the families of the Indian soldiers who died in the clash with Chinese troops at the Galwan valley in the Ladakh sector on Monday night.

Russian foreign minister Sergey Lavrov  said his country welcomes the joint efforts by New Delhi and Beijing for de-escalation of tensions on the line of actual control (LAC). “It has already been announced that the military representatives of India and China have made contact. They are discussing measures to de-escalate. We welcome this,” he told the Russian media.

Meanwhile in New Delhi, a British High Commission spokesperson said: "Clearly these are concerning reports. We encourage China and India to engage in dialogue on issues relating to the border- violence is in no-one's interest."

EU Spokesperson for Foreign Affairs and Security Policy, Virginie Battu-Henriksson, said, “In light of recent worrying developments along the Line of Actual Control between India and China, we encourage both sides to show restraint and to engage in military de-escalation, as well as to continue the dialogue. This is crucial for building trust and reaching a peaceful solution which is essential to preserving peace and stability in the region.”