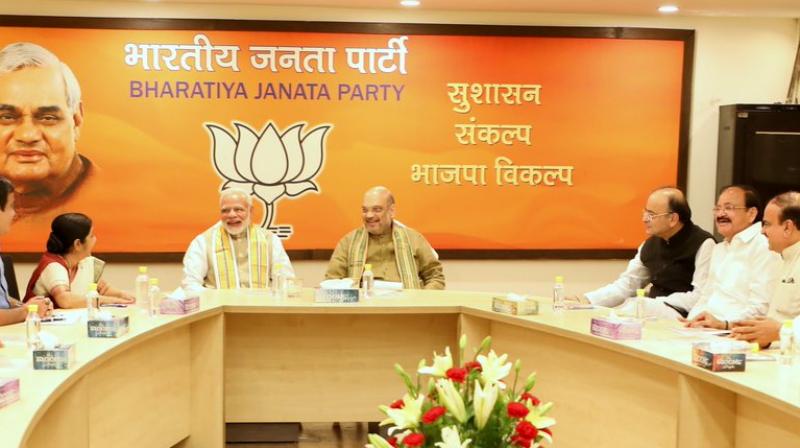 Naidu was chosen at the BJP Parliamentary board meeting in New Delhi attended by Prime Minister Narendra Modi and other senior party leaders.

The 68-year old Naidu currently holds the portfolios of Information and Broadcasting and Housing and Urban Affairs.

The former BJP president is pitted against Gopalkrishna Gandhi, who was chosen by an alliance of 18 opposition parties, including the Congress.

The electoral college for the August 5 election consists of 790 MPs of the two chambers of Parliament.

Naidu will file his nomination on Tuesday at 11 am, Shah said.

Tuesday is the last day for the filing of nominations.