India   All India  17 Jul 2018  Food safety cannot be left to chance: Time to incentivise states for action
India, All India

Food safety cannot be left to chance: Time to incentivise states for action

FSSAI being the apex regulatory body, is having important responsibilities and functions to perform to ensure food safety in the country. 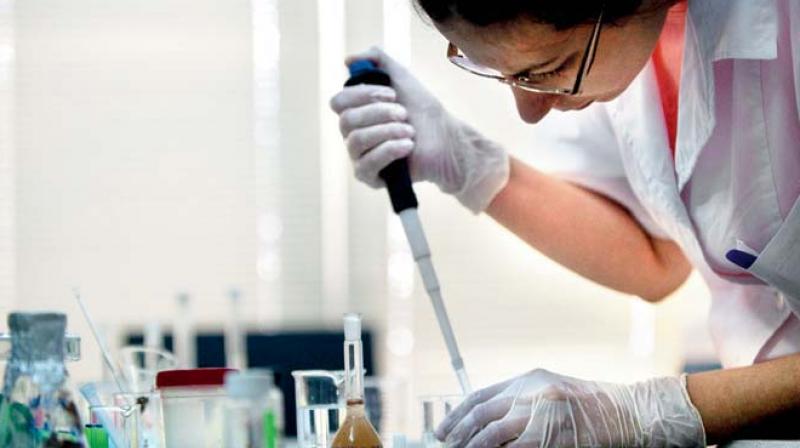 To reduce the economic burden due to foodborne disease, India needs to invest in ensuring food safety for the masses.

Food-borne Disease Burden
The foodborne disease burden is a global concern both in terms of human sufferings and economic costs. The global burden of foodborne illnesses in 2010 was 600 million cases worldwide, with 4,20,000 deaths. The burden in South-East Asia alone, including India, is about 150 million cases and 1,75,000 deaths, with India having the highest mortality (60,000 to 70,000 deaths in 2016) for children under five years of age, and an estimated economic burden of foodborne illnesses. A recent World Bank report (2018) estimated that the annual economic costs of foodborne illness were to the tune of about $28 billion (Rs 1,78,100 crore) or around 0.5 per cent of the country’s gross domestic product (GDP) every year.

FSSAI as regulator
Food Safety and Standard Authority (FSSAI) being the apex regulatory body, is having important responsibilities and functions to perform to ensure food safety in the country. As per our evaluation, in the last six months of the year 2018, FSSAI has come out with more than 50 well appreciated proposals or initiatives to revise the existing regulations, standards, food safety practices, guidelines, norms testing methods, etc. and some of them are as follows:

FSSAI issued an alert on chocolates with plastic fragments; set norms for safe and healthy food to children in schools; warned food operators for artificial ripening of fruits; showed safe driving message on alcoholic beverages; indicated calorie count on restaurants’ menu; launched the Food Safety & Standard (organic foods) Regulation, 2017; notified E-commerce; banned advertisement of HFSS products for children; declared life imprisonment for milk adulteration; planning to limit trans fats in oils and vanaspati by 2 per cent by 2022; and most recently, it amended law to stop reuse of edible oils. FSSAI also set standards for millets, pulses, alcohols, fruits and vegetables, seasoning food products and oil and fat categories, and has organised so many awareness and orientation programmes for different stakeholders in the country.

However, the hope that FSSAI completes the due work of revising the standards and regulations, puts in place a basic structure of implementation and builds an ecosystem in the country for food safety by the end of 2018 as mentioned.

Besides, hope that there would not be much criticism of the Comptroller and Auditor General (CAG) about its overall performance this year, and if at all there, they are addressed effectively and urgently.

States need to be incentivised & outperform
In the beginning of this year, Health Ministers from different states adopted a joint resolution with seven-point charter and agreed to enhance state of food safety in India.

In India, total 4,398 officials are looking after the food safety sector across the states. Among the states, Uttar Pradesh has maximum i.e. 842 officials followed by Tamil Nadu with 644 officials.

In 2016-17, total 60,671 samples were analysed, 14,130 were found adulterated, 10,640 cases were registered against the offenders, but only 1,596 cases were convicted. Out of the total convicted 80 per cent (1,273 cases) were from Uttar Pradesh alone and in north-eastern states — Rajasthan, Punjab and Odisha not even a single conviction was reported.

If states intend to enhance the food safety, they need to develop key infrastructure, such as putting in place the implementation and monitoring mechanism, develop capacity at all level, develop cold chains, storage facilities, better testing capacity, crop protection and animal health which they are currently lacking.

To reduce the economic burden due to foodborne disease, India needs to invest in ensuring food safety for the masses. If we see the current funds at the disposal to FSSAI for food safety from grant in aid and other sources, this is not more than `75 crore per year (around 20 percent of this money remains unspent every year). Therefore, earmarking merely 1 per cent of the cost of the foodborne disease, which comes around `18 billion per year, and providing more to the states, to begin with, can solve the problem.

Self-compliance and cross learning can give answers
Since the food safety compliance by the states, has been a weak area, the approach of FSSAI of self-compliance by the businesses and building their capacities to do so seem to be rewarding. It would also be good to introduce third-party auditing, so that instead of food inspector or FSO, the third-party can do the compliance verifications. The usage of more and more state of the art technology, online platforms, etc. would be very useful and will rebuild the much eroded consumer confidence about food safety.

India is actively learning the modernised techniques from various developed nations and all our neighbouring countries like Sri Lanka, Afghanistan, Bangladesh, Nepal and Bhutan are striving hard to learn the same from India. The International Cooperation Cell of FSSAI, in last three years, has signed official MoUs for experience sharing and others, with more than 10 to 15 countries, including the USA, the UK, France, Germany and the Netherlands, which hold top world ranking in food safety performance. But the question is that why not our states learn from each other when so many best practices are around. If states remain laxed and are not incentivised, it is unlikely for India to ensure food safety in its nearfuture.