The woman had denied doing anything wrong and expressed her dissatisfaction over the court's directive. 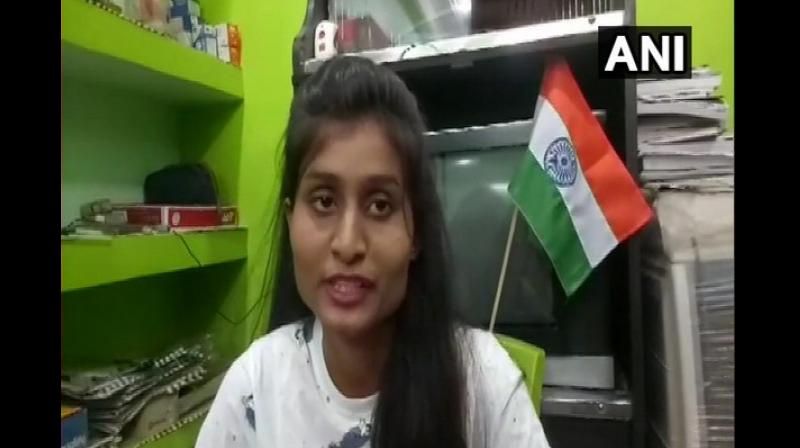 Some Muslims clerics, however, hailed the court's directive as a measure of promoting communal harmony. (Photo: ANI)

Ranchi: After its directive created a furore, a local court here waived off the condition to distribute five copies of Quran to grant bail to a woman for allegedly posting communal comments on social media.

The court dropped the condition on a petition of the police citing difficulties in its implementation. With the modified order, Bharti was granted regular bail on condition of furnishing bail bond of Rs 7000.

Judicial Magistrate Manish Singh had, on Tuesday, directed Richa Bharti, the accused, to donate a copy of the holy book to Anjuman Islamia Committee at Pithoria and to the libraries of four other schools and colleges.

The court's directive had evoked a sharp reaction from Hindu groups, with some of their leaders terming it a "conspiracy".

"People post such and even more objectionable comments on Facebook on a daily basis. Even gods and goddesses of Hindus are insulted but no controversy is created. This has been done as a part of some conspiracy," Hindu Jagran Manch leader Swami Divyanand had said.

The woman had denied doing anything wrong and expressed her dissatisfaction over the court's directive.

Talking to ANI, Bharti had said: "Though I respect the court, I am not satisfied with the court's decision. I will have to go to a mosque to distribute the Quran for a normal post. There is no wrong in writing about my God."

"I did not write the post. I got it from somewhere and just cut it and pasted. People from other communities post such things but they were never told to distribute Hanuman Chalisa. This is not fair," she had said.

Senior RSS leader Indresh Kumar had said courts should not deliver such judgments, saying they are "not good for secularism and Indian values".

"I would request the judiciary to not give such judgments as they are not good for secularism and Indian values. The student Richa refused to obey such an order and thus upheld the Indian Constitution. Decisions like these could hurt religious sentiments," he told ANI.

Some Muslims clerics, however, hailed the court's directive as a measure of promoting communal harmony.

Umer Ahmed Ilyasi, a Delhi-based cleric, said: "I would like to congratulate the judiciary as well as each and every citizen of India for this historic judgment as it promotes and ensures communal harmony and peace."

The woman was arrested after a case was registered against her for allegedly posting objectionable comments on Facebook on July 12.