These measures will ensure a transparent admission process and also bring down admission fee. 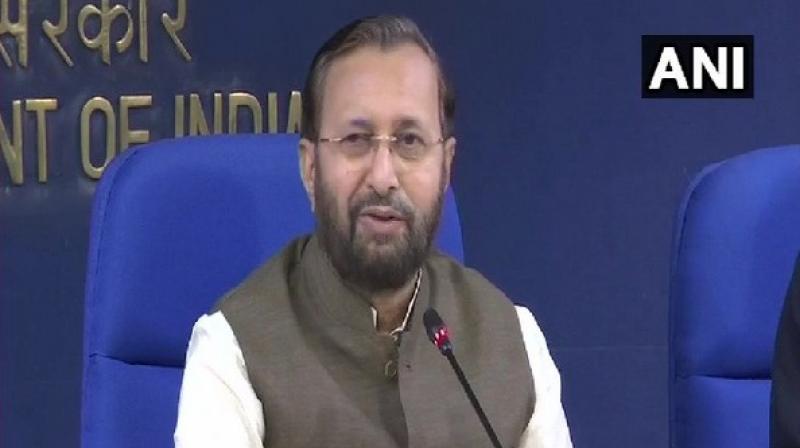 The Commission will regulate fee and all other charges for 50 per cent seats in private medical colleges and deemed universities. (Photo: ANI)

New Delhi: The Union Cabinet on Wednesday approved the National Medical Commission Bill, 2019 that provides for the setting up of a medical commission in place of Medical Council of India (MCI) and repeal of the Indian Medical Council Act, 1956.

"The Common Final year MBBS exams to be known as National Exit Test (NEXT) would serve as licentiate exam, for entrance to PG medical courses and as a screening test for foreign medical graduates," an official release said.

"The Bill provides that the national entrance test i.e. NEET, common counselling and NEXT shall also be applicable to Institutes of National Importance (INIs) like AIIMS to have common standards in the country," it said.

"The Commission will regulate fee and all other charges for 50 per cent seats in private medical colleges and deemed universities," the release said.

With regard to the implementation of the bill, the release said, "National Medical Commission will have four Autonomous Boards, namely Under-Graduate Medical Education Board, Post-Graduate Medical Education Board, Medical Assessment and Rating Board and Ethics and Medical Registration Board." "NMC and the respective Boards will ensure a dynamic and modern educational environment, decreasing the emphasis on physical infrastructure, achieving the norms in global standards and an effective grievance redressal mechanism," the release said.

"Greater representation to elected members through State Medical Councils has been provided in the Medical Advisory Council and the Commission," it added.

The release further said, "The strength of the Autonomous Boards has been increased from 3 to 5 and it includes 2 part-time members. One of them will be a doctor selected by the Government and the other will be an elected doctor from the State Medical Council."