India   All India  17 Jul 2019  The world by its side, India triumphs against Hafiz Saeed; but for how long?
India, All India

The world by its side, India triumphs against Hafiz Saeed; but for how long?

India for a decade trying to pressure Pakistan into giving him up. Protected by Pakistani police and ISI, Saeed has mostly been a free man. 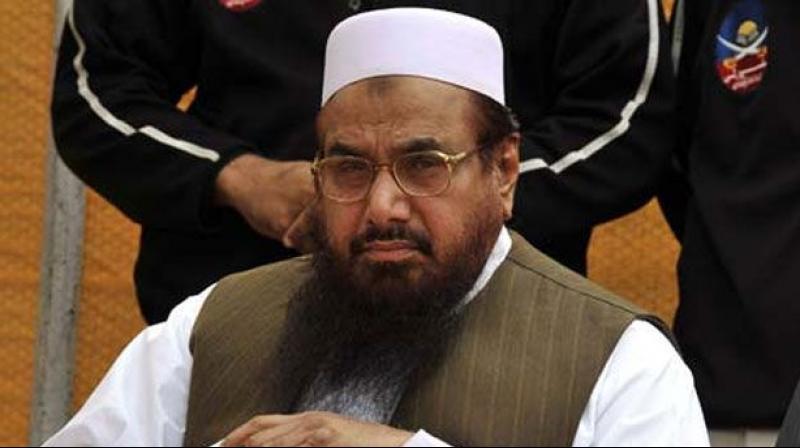 Hafiz Saeed, on numerous occasions been put on house arrest but was soon released despite the mounting number of terror allegations against him. (Photo: File)

Mumbai: They came in the dark and stormed the city in coordinated attacks to wreak mayhem for four days.

They were soon identified – the Lashkar-e-Taiba, co-founded by India’s most-wanted man and Pakistani resident Hafiz Saeed.

How did India pin it all down on Hafiz Saeed?

Ramesh Mahale, chief investigating officer of the 26/11 terror attacks, told the media that there were three pieces of evidence that established Saeed’s role in the crime. “The first one was 26/11 terrorist Ajmal Kasab’s confessional statement where he disclosed how Saeed visited the Lashkar training centres and motivated the ten terrorists to execute the Mumbai attacks,” he said.

Read: Hafiz Saeed: From professor to the face of terror

“The second was American David Coleman Headley’s statements to the National Investigation Agency. Headley, who was sentenced to prison by a US court for his involvement in the Mumbai terror attacks, deposed before a Mumbai court via video link from the US earlier this year and identified Saeed. The third piece of evidence came from terrorist Abu Jundal, who was in the control room in Karachi when the terror strikes happened. Jundal told interrogators that Saeed was present in the control room,” he had said.

India has been for a decade trying to pressure Pakistan into giving up this man. Protected by the Pakistani police and spy service, the Inter-Services Intelligence, Hafiz Saeed has mostly been a free man in the country, despite the fact that the US had placed a USD10 million bounty on his head. His public life has been an act of mocking those who wanted him and he continued to spread his anti-India rhetoric.

This is how it happened:

India sends a formal request to the UN Security Council to list Hafiz Saeed and his charity organisation, Jamaat-ud-Dawa (JuD), popularly known as a front for the Lashkar-e-Taiba. India said, “The close links between the (two) organisations are of immediate concern with regard to their efforts to mobilize and orchestrate terrorist activities.”

Thanks to these efforts Hafiz Saeed was listed by the UN Security Council as “being associated with Lashkar-e-Taiba (LeT)” on  December 10, 2008.

Just a day later, Saeed is placed under house arrest under the Maintenance of Public Order Law.

Fast forwarding a couple of months after his house arrest, Lahore High Court declares Hafiz Saeed a free man and deemed his containment as unconstitutional.

During this time, India starts procedures for the extradition of Hafiz Saeed to India to be tried in Indian Courts.

On August 25, Interpol issues a Red Corner Notice (RCN) against Hafiz Saeed, which is intended to compel Pakistan to share information about crimes, criminals, and threats etc. with counterpart intelligence agencies around the world.

He is placed under house arrest yet again and within a month, by October, Lahore Hogh Court drops all charges against Hafiz Saeed, claiming insufficient evidence to hold him in custody. This came immediately after India shared information obtained from the 26/11 terrorist Ajmal Kasab’s interrogation. The Lahore Court also declared Jamat-ud-Dawa (JuD) as a completely legitimate organisation and denied any connections with the Lashkar-e-Taiba (LeT), which was banned by Pakistan in 2002 soon after the Parliament attack in 2001.

Saeed was still on the loose, still spewing venom against India. In an effort to pressure the Pakistani government into action, India publishes a list of its 50 most wanted fugitives hiding in Pakistan.

Under pressure from the international community to act, Pakistan strode ahead with the execution of the National Action Plan against terrorism, Pakistani Interior Ministry includes the Jamaat-ud-Dawa and the Haqqani network on a list of banned outfits.

Almost a year later, Indian Ministry of External Affairs demanded action from Pakistan. India said that despite the “so-called” ban on JuD, Saeed continued to broadcast jihadi messages and mobilise people on both sides of the border to bring about feelings of hatred towards India.

India through this time, had been trying all diplomatic channels to impress upon Pakistan to give up Hafiz to India but to no avail.

Only as recently as July 5, Pakistan police declared that JuD chief Hafiz Saeed and 12 of his close aides were to be arrested "very soon", a day after authorities booked them for committing multiple offences of terrorism financing and money laundering.

And less then two weeks later, Hafiz Saeed was arrested on charges of money laundering for banned terrorist outfits in Pakistan.

In the recent light of events, the move was a positive one but only time will tell how long he actually stays behind bars.