The Bill aims at enhancing the jurisdiction of NIA to investigate scheduled offences committed outside India targeting Indians. 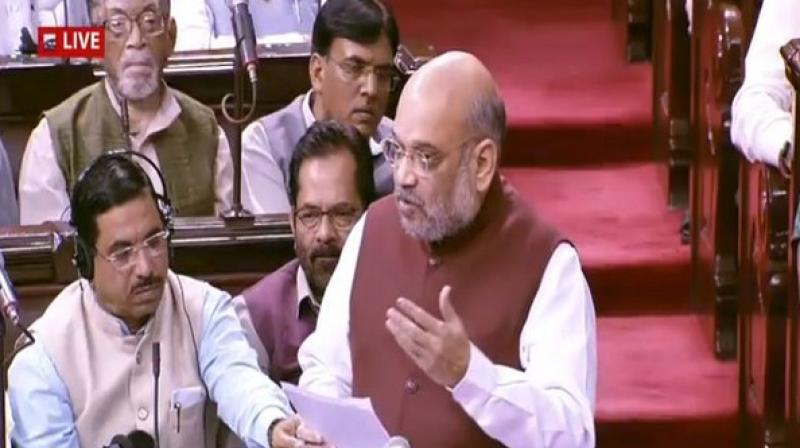 It also provides for constituting special courts for the trial of scheduled offences such as human trafficking and cyber terrorism. (Photo: RSTV Screengrab)

The Bill aims at enhancing the jurisdiction of NIA to investigate scheduled offences committed outside India targeting Indians as well as Indian assets abroad.

"I want to assure the House that Prime Minister Narendra Modi government will not allow any misuse of this law," Shah said, urging the members to pass the Bill unanimously so that a strong message be sent to terrorists and the world that India is united in its fight against terrorism.

When the Bill was taken up for voting, Congress' T Subbirami Reddy moved some amendments, which were negated. The Bill was passed by a voice vote.

It may be noted that the Lok Sabha has already passed this Bill.

Earlier, the Left party members demanded to send the Bill to the Select Committee. To this, Shah said they should have moved a motion in this regard.
"Why should we have the Standing Committees and the Select Committees," said CPI's D Raja. The Left members then staged a walkout.

The amendments in the Bill will enable the NIA to additionally investigate offences related to human trafficking, counterfeit currency, manufacture or sale of prohibited arms, cyber-terrorism and offences under the Explosive Substances Act, 1908.

It also provides for constituting special courts for the trial of scheduled offences such as human trafficking and cyber terrorism.

Earlier, moving the Bill, Minister of State for Home G Kishan Reddy said the legislation will strengthen the legal framework of NIA to counter-terrorism.
"It will ensure harsher punishment for terrorists," he said.