India   All India  17 Aug 2018  For Vajpayee's funeral, traffic not allowed on these roads in Delhi
India, All India

For Vajpayee's funeral, traffic not allowed on these roads in Delhi 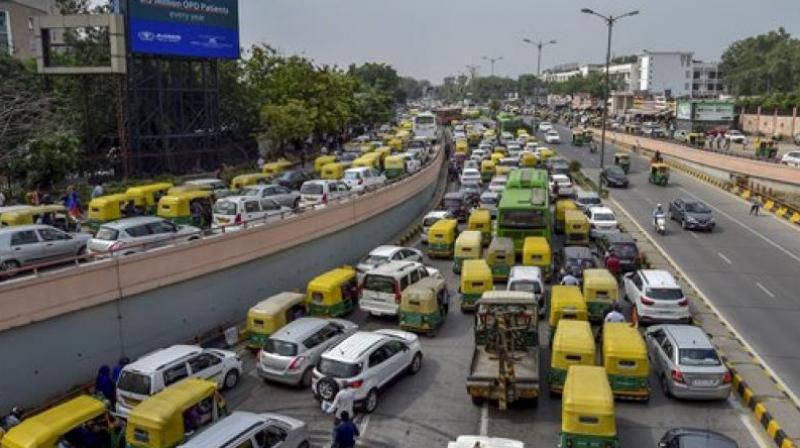 Traffic will not be allowed on lower Ring Road from ISBT Kashmere Gate towards Shanti Van and from IP flyover towards Rajghat. (Photo: PTI)

New Delhi: Former Prime Minister Atal Bihari Vajpayee, who breathed his last at 5:05 pm on Thursday, will be cremated with full state honour on Friday.

Vajpayee’s body, which is resting at his official residence, 6A Krishna Menon Marg in New Delhi, will be taken to BJP headquarters at Pt Deen Dayal Upadhyay Marg around 9 am. His last journey will begin from the party’s headquarters at 1 pm.

Several roads in the national capital will be closed for the public on Friday in view of former prime minister Atal Bihari Vajpayee's funeral, the Delhi Traffic Police said.

Traffic will not be allowed on lower Ring Road from ISBT Kashmere Gate towards Shanti Van and from IP flyover towards Rajghat.

Those travelling between east and west Delhi can use Vikas Marg, Shahdara Bridge and Wazirabad Bridge to reach Ring Road.

The three-time prime minister and the longest serving politician, Atal Bihari Vajpayee passed away at the All India Institute of Medical Sciences (AIIMS) after a prolonged illness.