The police said that the rifle and ammunition were wrapped in carbon packaging to avoid being detected by X-ray machines and metal detectors. 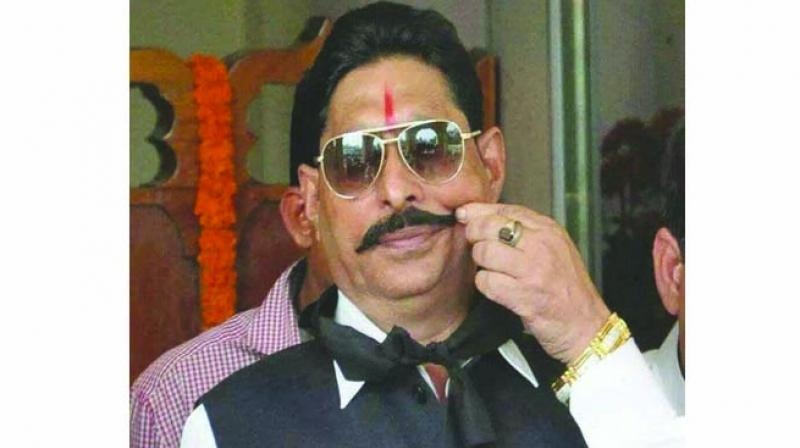 Patna: The Bihar police on Friday recovered an AK-47 and a huge cache of ammunition from the residence of Independent MLA Anant Singh.

Reports suggest the find has raised alarm  bells about his possible connection with arms smuggling groups in Bihar and other neighbouring states.

SP (rural) Kantesh Mishra said the matter was currently under investigation. “The police conducted the raid after it received specific inputs regarding the movement of a large consignment of arms from the MLA’s residence. The FSL and bomb squad have also been alerted after the recovery of weapons from his house,” he said.

The police said that the rifle and ammunition were wrapped in carbon packaging to avoid being detected by X-ray machi-nes and metal detectors.

The action against the gangster-turned-political leader comes few weeks after he was summoned by the Patna police to give his voice sample in an ongoing investigation involving a leaked audio clip in which a man is heard discussing murder plans with him.

Singh, popularly known as ‘Chotey Sarkar’ by his supporters had contested and won the 2005 and 2010 Assembly elections as a JD(U) nominee. He, however, parted his ways with chief minister Nitish Kumar in September 2015 after the JD(U) got into an alliance with RJD in Bihar.

Police record suggests that Singh has around 20 criminal cases pending against him including murder, kidnapping, and possession of illegal arms.

In June 2015, Singh residences in Mokama and Patna were raided in connection with a case related to kidnapping and murder. He was later arrested and sent to jail. He contested the 2015 assembly elections from behind bars and was granted bail in 2016. During the Lok Sabha elections this year he had fielded his wife Neelam Singh on a Congress ticket against JD (U) nominee Lalan Singh from Munger.

While talking to reporters, at his residence, Anant said that he was being targeted by his political opponents for defying the JD(U) leadership.

“The raid was conducted to stop me from contesting the Assembly election from Mokama. I have no idea whose weapon they recovered from my residence. I want to meet and raise the issue with chief minister Nitish Kumar,” he said.