New Delhi had already briefed several countries earlier including the United States on developments in J&K. 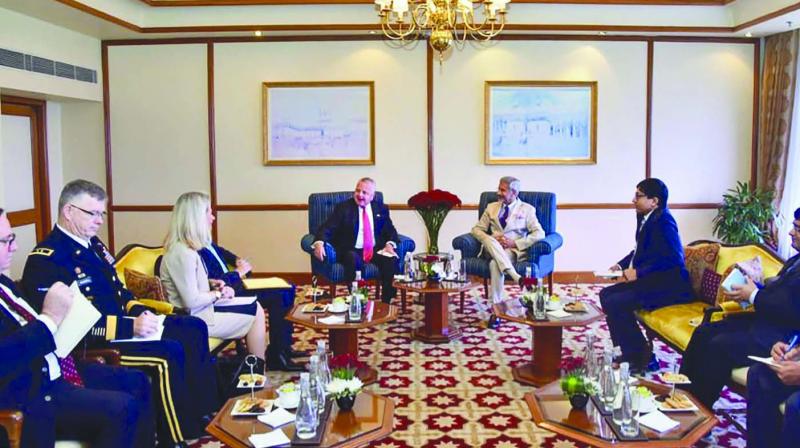 New Delhi had revoked Article 370 and bifurcated J&K into two union territories. Pakistan had prot-ested the move and appro-ached the UNSC following which China reportedly requested for the UNSC closed-door meeting.

New Delhi had already briefed several countries earlier including the United States on developments in J&K.

At the meeting on Frid-ay in New Delhi between Mr Jaishankar and the visiting Americandignitary, the Indo-US strategic relationship was discussed.

Before his talks in New Delhi on Friday, Mr Sullivan had travelled to Thimphu, Bhutan, from August 12-13.  Incidentally, China has been trying to intensify its engagement with Bhutan during the past several years.

The United States State Department had said, “In meetings with His Majesty King Ji-gme Khesar Namgyel Wangchuck, Prime Mini-ster Tshering, Foreign Minister Dorji, and Mini-ster of Economic Affairs Sharma, Deputy Secre-tary Sullivan discussed a range of issues, including the importance of protecting and enhancing a rules-based order in the Indo-Pacific region.

He also discussed the importance of expanding our two nations’ people-to-people ties and enhancing joint efforts to combat trafficking in persons.

In a meeting with the Loden Foundation, the Deputy Secretary learned about efforts to promote entrepreneurship and cultural preservation in Bhutan.  The Deputy Secretary affirmed the United States’ support for science, technology, engineering, and math activities that aim to benefit Bhutanese students, teachers, engineers, scientists, and entrepreneurs.”