India   All India  17 Aug 2021  Will ensure safety of Indians in Afghanistan: MEA
India, All India

Will ensure safety of Indians in Afghanistan: MEA 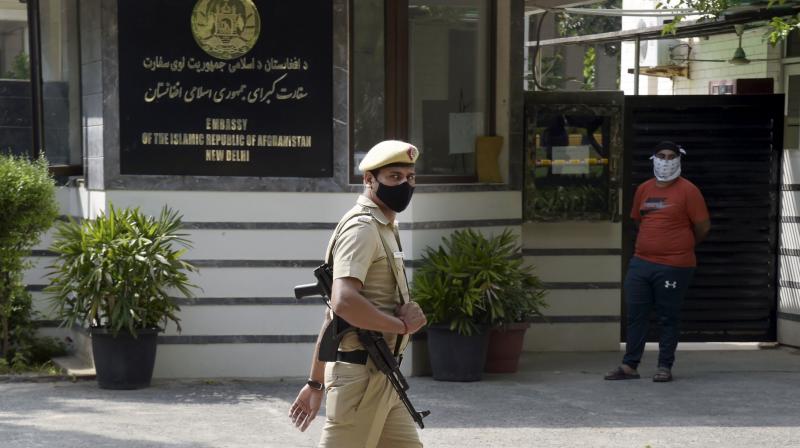 New Delhi: In its first official reaction a day after the Taliban grabbed power in Afghanistan, India on Monday said it would “stand by” those Afghans who have been India’s “partners in the promotion of our mutual developmental, educational and people-to-people endeavours”,  thereby indicating that they would be brought to safety in India along with those Afghan Hindus and Sikhs who wish to leave.

Asserting that the “situation in Afghanistan is being monitored on a constant basis at high level”, the Indian government said it would “take all steps to ensure the safety and security of Indian nationals and our interests in Afghanistan”.

According to some media reports, some of the Indian diplomats and security personnel are also awaiting evacuation, even as India said it would await the resumption of commercial flights after the “forced pause” in its repatriation efforts.

Even some of the Indian nationals who had been staying and working in Afghanistan on projects or in companies are yet to be evacuated but state-owned carrier Air India could not operate flights to Kabul on Monday due to the airspace closure.

New Delhi also pointed out that the “security situation in Kabul has deteriorated significantly in the last few days and “is changing rapidly even as we speak” but did not comment directly on the fall of ousted President Ashraf Ghani’s government.

In a statement, the MEA said, “Commercial operations from Kabul airport have been suspended today (Monday). This has forced a pause in our repatriation efforts. We are awaiting the resumption of flights to restart the process.”

New Delhi added, “The government of India has been closely monitoring all developments in Afghanistan. We are in constant touch with the representatives of Afghan Sikh and Hindu communities. We will facilitate repatriation to India of those who wish to leave Afghanistan. There are also a number of Afghans who have been our partners in the promotion of our mutual developmental, educational and people to people endeavours. We will stand by them.”