India is adopting a 'wait and watch' approach after the installation of a new government in Pakistan, the MoS for external affairs said. 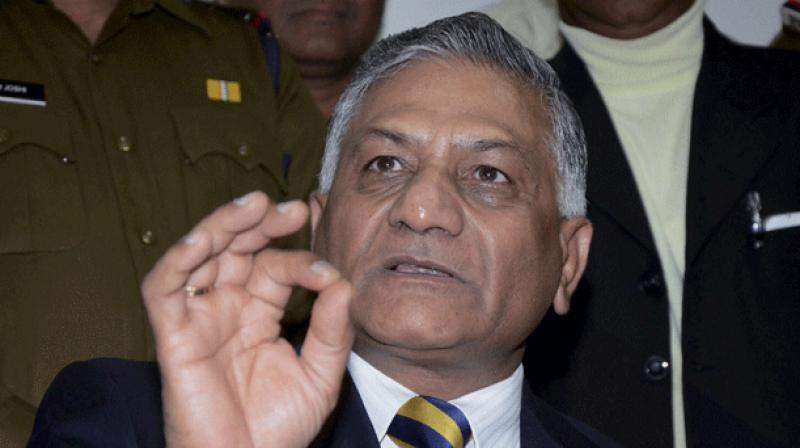 Dialogue with Pakistan can happen only if the environment is 'conducive' for talks, the minister added. (Photo: File)

New Delhi: Union minister V K Singh said Monday the army still rules Pakistan despite the election of Imran Khan as the new prime minister, adding that it remains to be seen whether “the person” will be able to bring about a change.

India is adopting a “wait and watch” approach after the installation of a new government in Pakistan, the Minister of State for External Affairs told reporters.

Responding to a question on incidents of infiltration at the border after the change of government in Pakistan, he said, "Did you all expect a change? I don't know. After all, the person has been propped up by the (Pakistan) army. The army still rules. So, let's wait and watch how things go -- whether the person remains under army control or doesn't remain under its control.”

He did not refer to Khan by name.

Dialogue with Pakistan can happen only if the environment is “conducive” for talks, the minister added on the sidelines of the opening of a two-day conference - Smart Border Management - organised by FICCI.

“India's policy is very clear. Dialogue can happen only when the environment is conducive,” Singh said when asked whether there have been any attempts from Pakistan to initiate further dialogue with India. Referring to reports of proposals to open the Kartarpur border crossing for Sikh pilgrims, Singh said India has “not received any proposal” from Pakistan to open the route.

“Nothing has come from the government's (Pakistan) side. This issue has been going on for a very long time. If anything comes about we will let you know," he said.
Earlier, addressing the gathering, Singh said India's border is unique and therefore “one solution” cannot be devised to make it more secure.

“From plains to deserts and mountains and other terrains, one kind of solution cannot be applied to our border and the variety of the terrain has to be factored in while designing any solutions for making the border security more robust and smart,” he said.

The gathering included defence officials and experts, business leaders and a group of 'sarpanches' from villages near the border. A report on smart border management prepared by FICCI along with BDO India was released on the occasion.