According to WHO report, diabetes affects approximately 42 crore people worldwide. 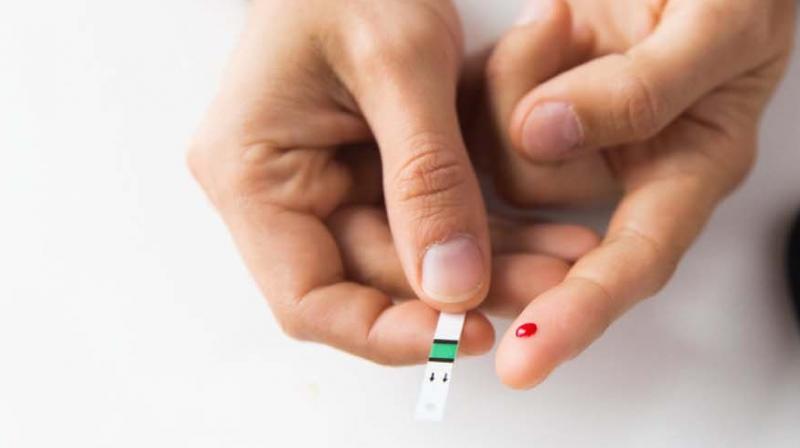 New Delhi: Stepping up efforts to fight the spread of diabetes that afflicts 7.29 crore Indians, the Union government is ready with a mega educational campaign ahead of the World Diabetes Day observed on November 14 every year.

Officials said the awareness drive of the Ayush ministry will revolve around the theme ‘The Family and Diabetes’ with special focus on promoting ayurvedic medicines to fight the disease.

The ministry is planning to work in mission mode to promote traditional medicines to counter diabetes, realising that by 2030 nearly 9 per cent of the India’s population is likely to be affected from this chronic, metabolic disease that takes toll on vital organs and damages tissues.

According to the WHO, the diabetes affects approximately 42 crore people worldwide with China topping the list. In 2017, China had 11.43 crore people suffering with diabetes followed by India with 7.29 crore.

Minister of state of Ayush Shripad Naik has said that the government is promoting research in alternative traditional medicines and their integration with modern medicine.

Under a focused programme, the Council of Scientific and Industrial Research (CSIR) has also developed an ayurvedic formulation called BGR-34, after standardisation and pre-clinical studies conducted jointly by its two labs — Central Institute of Medicinal and Aromatic Plants (CIMAP) and National Botanical Research Institute (NBRI). The medicine is meant to be used by newly diagnosed diabetes patients, said an official.

In 2016, the cost-effective drug, BGR-34, was launched through a marketing arrangement with Delhi-based AIMIL Pharmaceuticals.

Sanchit Sharma, executive director of AIMIL pharma, said, “BGR-34 is based on six main herbal plants which have been found to be very effective in controlling diabetes. In fact, even allopathic practitioners are prescribing it.”

NBRI senior scientist A.K.S. Rawat said BGR-34, a result of research by top government agencies, is an anti-diabetes herbal composition developed under the category of “ayurvedic propriety medicine” as per the Drugs and Cosmetics Act, 1940, rules and has been tested for efficacy and safety in animal models.

The Ayush ministry has also launched ‘Madhumeha Mission’ — integrating ayurveda with modern medicine — at health centres across the country.

The WHO has listed 21,000 medicinal plants across the world and out of these 2,500 species are found in India. Nearly 150 species are currently being used commercially for producing medicines.

The Central government has also roped in IIT-Bombay and AIIMS for conducting research to counter allegations that ayurvedic medicines are not effective.

In India, herbs like daruharidra, giloy, gudmar and bitter gourds have been commonly used as anti-diabetic and anti-hyperglycemic agents as these not only target the reason of the disease but also improve a patient’s immunity.

Mr Rawat said that BGR-34 is a pioneer in helping the patients avoid reducing the use of painful insulin injections, their impact on vital organs and provide antioxidants.

The drug is also effective in cutting down heart attacks by 50 per cent in diabetic patients, as per a study published in an international publication Journal of Traditional and Complementary Medicine.