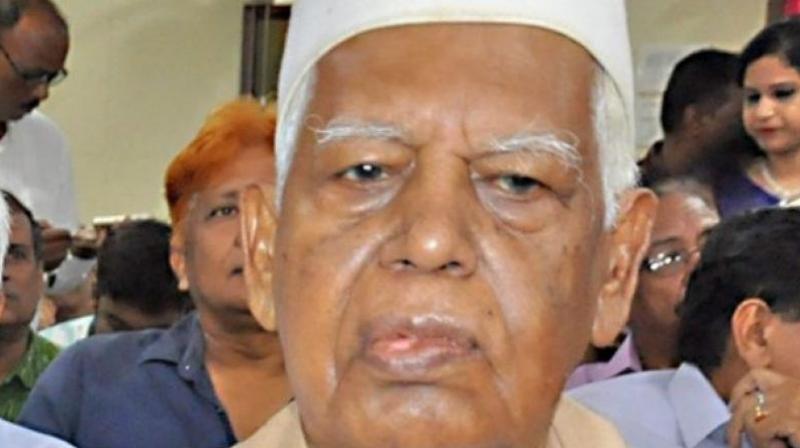 Pradhan was 93 and is survived by wife, four sons and three daughters. (Photo: PTI)

Bhubaneswar: Veteran freedom fighter and former Odisha Minister Dolagobinda Pradhan died at his residence in Bhubaneswar on Monday after a brief illness, according to family sources.

He was 93 and is survived by wife, four sons and three daughters.

Inspired by Mahatma Gandhi’s ideals, he had left school in 1942 and joined the Quit India movement. He was also jailed during the freedom movement.

His demise was mourned in the state Assembly where the members stood in silence for a minute to pay tribute to the departed leader.

Condoling Pradhan’s demise, governor Ganeshi Lal said his contribution to the freedom struggle and society would be remembered always.

“He was a true Gandhian and had dedicated his life to uphold Gandhian values in words and actions,” the governor said in a message.

Chief minister Naveen Patnaik condoled the death of Pradhan and conveyed his deep sympathy to the bereaved family.

A number of distinguished personalities, freedom fighters and politicians visited Pradhan’s house to pay their last respect to the departed soul.