Dementia should not be ignored, especially by family members, as it can have effects which can become unmanageable if help is not sought. 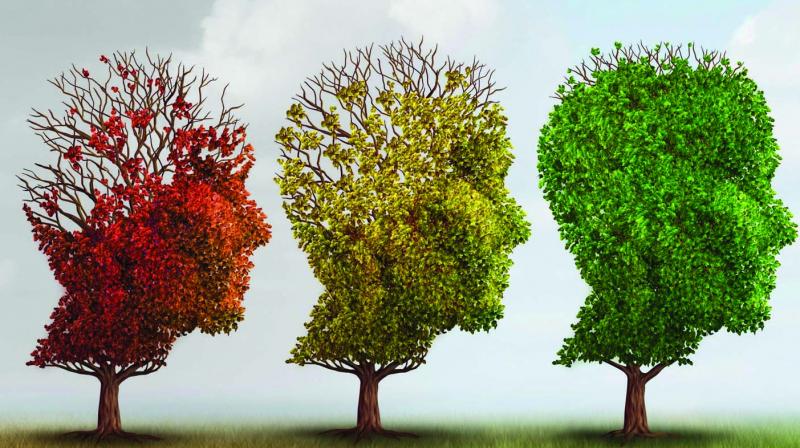 The challenge is to bring awareness that dementia is not a normal part of ageing, and if and when individuals and families are affected by it, there are ways to deal and cope with it provided guidance and support is sought from those experienced in dealing with it.

Global estimates as per Alzheimer’s Disease International (ADI) point towards almost 66 per cent people believing there is little or no understanding of dementia in their countries. These figures are disturbing since statistics from across the world indicate rise in dementia cases, especially of Alzheimer’s disease which is seen to be the most common cause of dementia affecting people generally in their 60s and above years, though certain kind are also found among younger population. ADI data suggests that every three seconds someone in the world develops dementia/Alzheimer’s, a disease for which there is yet no cure, but about which we need to raise awareness universally and challenge the stigma that surrounds it both in developed and developing countries, which are ageing rapidly.

September, declared as the World Alzheimer’s Month in 2012 by ADI, which is an umbrella organisation of 94 Alzheimer associations around the globe, different agencies and governments participate in the international campaign to raise awareness about the disease. The attempt is to remove the stigmatisation and misinformation that surrounds dementia, encourage research for prevention, better diagnosis, treatment and care aspects, strengthen, empower and establish more associations which work for the cause and promote understanding about the effects of the disease on the affected person and families. Experts working on ageing issues reiterate that dementia remains a global problem that requires action for national policy initiatives, strategies and programmatic plans. Alzheimer’s and Related Disorders Society of India (ARDSI) with its chapters across the country, is urging our government and other stakeholders to take action in this regard.

Clearly, nations need to bring different stakeholders, researchers, policymakers, the media, activists and carers to come together to share their awareness about the disease, take action for increasing knowledge and understanding about the epidemic, developing services and facilities, as well as working towards improving quality of life of those affected, individuals and families. There is need for those involved with removing the stigma surrounding Alzheimer’s and dementia to have conversations, which will help others recognise the effect of the disease and overcome the difficulties faced. It has to be recognised that millions of families struggle with challenges due to Alzheimer’s disease. Educating people about the effects of Alzheimer’s and dementia and what people can do about it is an important task for countries as they come to terms with their population ageing.

Finding a cure for this disease is an important step towards enhancing our knowledge about it. However, till that happens, a pertinent and essential aspect is to build a range of support services and facilities and make them available for people with dementia and their carers. Dementia is a term used to describe different brain disorders that affect memory, thinking, behaviour and emotion and these lead to symptoms such as memory loss, problems with languages, difficulty in performing familiar tasks, loss of practical abilities, changes in personality, etc. But these may impact each affected individual differently based on multiple factors, for instance, general health and social situation. Nonetheless, it is imperative that warning signs of dementia are recognised, spoken about with relatives and friends, discussed with a medical professional, treatment sought, so that problems faced in doing tasks of daily life are dealt with.

Dementia should not be ignored, especially by family members, as it can have effects which can become unmanageable if help is not sought. The stigma surrounding it should be broken as it is essential that guidance and support is available to the affected person and the family carer that is provided by the medical professional, social worker, counsellor and those who have an experience in care giving. Delayed diagnosis and consequently support can play havoc with lives of the affected individuals and their family members, reducing the quality of their lives and dehumanising the person. All countries need coordinated action, strategic plans and programmes at individual and global level to advance awareness, care and promote scientific research for the welfare of the affected person and carers.

In challenging the stigma surrounding Alzheimer’s disease and other forms of dementia, individuals, families, professionals, community workers and volunteers and all concerned in different ways, researchers, the media, governments, civil society members and opinion leaders must unite to raise dementia awareness, lower the risk of developing the disease, learn to recognise the symptoms, reduce the health, social and economic impact of it on society as well as improve diagnosis, quality care and treatment. The challenge is to bring awareness that dementia is not a normal part of ageing, and if and when individuals and families are affected by it, there are ways to deal and cope with it provided guidance and support is sought from those experienced in dealing with it. For all this to happen, governments of different countries must develop national response to improve access to diagnosis, treatment, care and earlier detection of dementia. It is noteworthy that the Indian government through the ministry of health has worked on Dementia Strategic Plan following the directive of WHO, which will ultimately challenge the stigmatisation of dementia in the country and contribute towards bringing down the burden of the disease on society.

The writer is an associate professor at Maitreyi College, South Campus, University of Delhi. By training a sociologist, gerontologist, health and development social scientist.