Suit against Raja for spat with cops 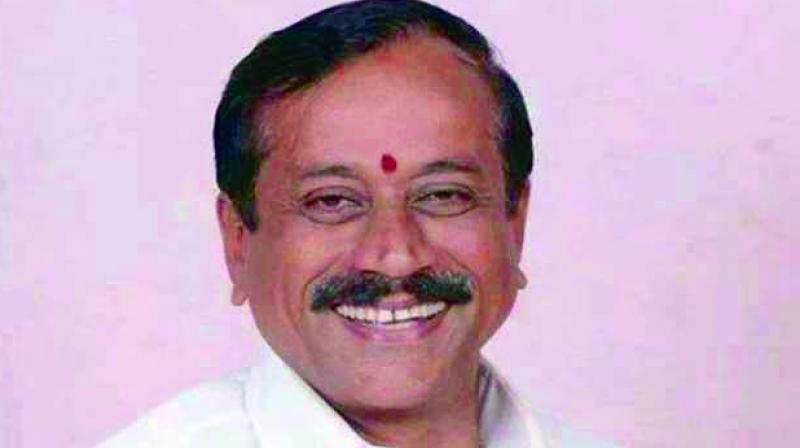 Chennai: The BJP leader H. Raja was featured in another ugly controversy during the Vinayaka idol immersion procession on Saturday in Pudukottai in Tamil Nadu. He picked up a quarrel with the police and made disparaging comments on the police force and the Madras high court, which drew the ire of those present as well as authorities. A video of the controversial things he said had also gone viral.

Raja’s behaviour eventually led to the police registering a case against him and seven others on Sunday under various sections of the IPC for abusing Madras high court and the state police. Raja, who accused the TN Police of being “highly corrupt,” also hurled unsavoury remarks at the Madras HC. He later retracted his comments on the high court saying he respected courts. “I have been staging agitations demanding the Hindu Religious and Charitable Endowments (HR & CE) department to implement the Madras High Court order on retrieving temple properties,” he said. “The police had enforced 24 guidelines for the Hindus in celebrating the Vinayaka Chathurti. And Christ gave 10 commandments for the Christians. It is due to court’s intervention we were able to take out the procession today,” he added. Hours after a TN minister had said action was being contemplated against Raja, the Tirumayam police in Pudukottai district registered a case against the BJP leader under several sections of the IPC. The sections include those relating to promoting enmity on grounds of religion, unlawful assembly, public nuisance, use of obscene words, preventing a public servant from discharging his duty and criminal intimidation.

Addressing a meeting ahead of a Ganesh  Chaturthi procession in Tiruvarur district on Sunday, Raja said his  remarks were “selectively edited”.