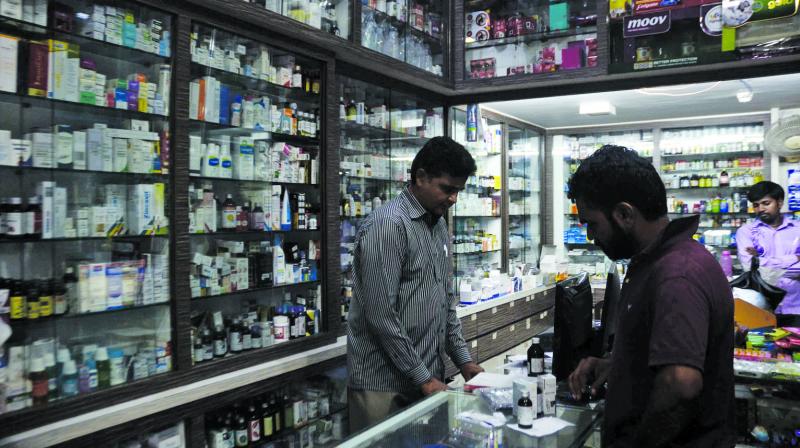 The companies approached Supreme Court after government banned 328 fixed-dose combinations drugs for human use with immediate effect to stop their 'illegal use'. (Representational Image)

New Delhi: The Supreme Court on Monday allowed the sale of painkiller Saridon and two other drugs that were mentioned in the list of combination medicines banned by the health ministry last week. The top court’s order came on a petition filed by the makers of these medicines.

A bench of Justices R F Nariman and Indu Malhotra lifted the ban on Piramal Healthcare's Saridon, GlaxoSmithKline's Piriton, Juggat Pharma's Dart and another drug, the details of which could not be immediately known, news agency PTI reported.

The companies approached the top court after the government banned the manufacture, sale and distribution of 328 fixed-dose combinations (FDCs) drugs for human use with immediate effect to stop their “illegal use”.

During the hearing, the companies argued that these FDCs were being manufactured since before 1988 and as the apex court had earlier exempted 15 such combinations from the government's ban, the same exemptions should be extended to these brands, a report in The Economic Times quoted two lawyers as saying.

While lifting the ban, the Supreme Court sought Centre’s reply on petitions against the order to ban FDCs manufactured before 1988 and said the stay on the Centre's notification, banning the three drugs, remains till it decides on the issue, a report in NDTV said.

The ban followed the recommendation of the Drug Technical Advisory Board (DTAB) which said in a report that taking the 328 FDCs would be a health risk.