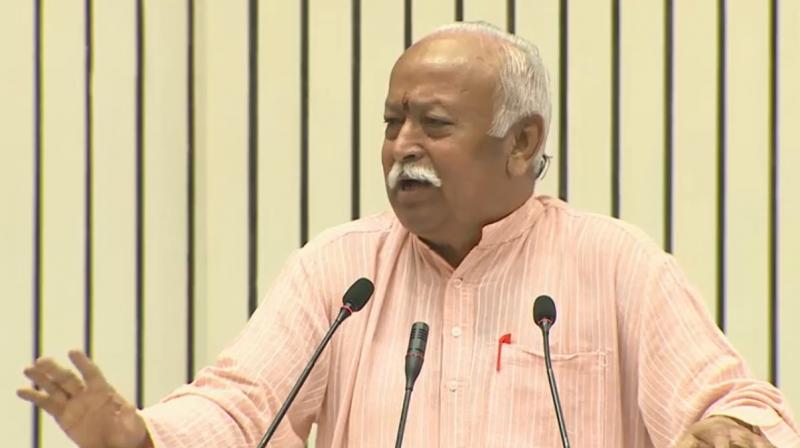 On first day of conclave, 'Bhavishya Ka Bharat -- An RSS Perspective', Sangh chief Mohan Bhagwat said the event was being organised so that people could understand the organisation. (Photo: Twitter screengrab | @RSSorg)

New Delhi: The Rashtriya Swayamsevak Sangh (RSS), the ideological fountainhead of the ruling BJP, began a three-day conclave in the national capital on Monday with an aim to engage with a cross section of people and present its perspective on future of the country.

On the first day of the conclave, "Bhavishya Ka Bharat -- An RSS Perspective", Sangh chief Mohan Bhagwat said the event was being organised so that people could understand the organisation.

Bhagwat, spoke on a variety of issues, including the freedom movement. "Congress played a big role in freedom movement and gave India many great personalities," he said.

"The work RSS does is incomparable," he added.

Almost all major opposition parties gave the conclave a miss though the RSS had invited them. The venue of the event is Vigyan Bhavan, where usually major government events are held.