India   All India  17 Sep 2020  Not one but three firing incidents took place along LAC at Ladakh
India, All India

Sources said the Chinese army has still not confirmed a date for Corps Commander-level talks. 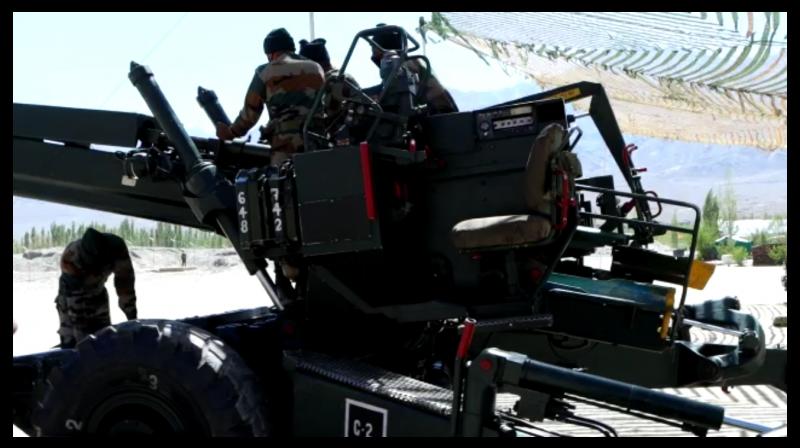 New Delhi: There have been atleast three incidents of firing at the line of actual control (LAC) in Eastern Ladakh where Indian and Chinese troops are engaged in a four month long military stand-off.

Sources also said that despite an in-principle agreement for the military dialogue, the Chinese army has still not confirmed a date for Corps Commander-level talks.

Out of these firing incidents, two happened at the Southern banks of Pangong Tso and one in the finger area on its northern banks. Indian Army has officially acknowledged only one firing incident which took place on September 7 at Mukhpari in the Chushul sector.

However, sources said that the first firing incident actually took place earlier, between August 29-31, when Indian Army in a pre-emptive move occupied strategic heights on the Kailash range which overlook entry points of the Spanggur gap in the  Chushul sector.

The third and bigger firing incident happened on September 8-9 when Indian army occupied higher positions overlooking Chinese posts on the ridgelines of finger 4. Chinese troops were also trying to come near Indian positions and both sides fired more than 100 rounds.

All these incidents involved warning shots being fired in the air and not directly at each other. But it remains a fact that for the first time in 45 years firing took place at the LAC by both sides.

Indian Army changed the rule of engagement at LAC after the Galwan Valley clash on June  15 where Chinese had used improvised weapons, including iron rods studded with nails, to attack Indian soldiers breaching the agreements between the two countries. Now, Indian Army’s local commanders are free to use any weapon under their command when threatened by Chinese troops.

Sources said the situation in the Eastern Ladakh remains tense with Indian Army and Air Force at a high alert.

Chinese foreign ministry spokesperson Wang Wenbin said on Wednesday that it is imperative for India to immediately correct its wrong practices, disengage on the ground as soon as possible and take concrete actions to ease the tension along the China-India border. He said that China has not been responsible for the recent border situation, and it was India that first violated bilateral agreements, illegally crossing the border line for provocation, unilaterally changing the status quo of the border area, and firing gunshots to threaten the safety of the Chinese border troops, according to Chinese state run media Global Times.

Wang hoped that India would abide by the important consensus reached by leaders of the two countries, put the differences at the proper position in bilateral relations, prevent the differences from escalating into conflict and avoid actions that might escalate the situation.

"China would like to maintain communication with India through diplomatic and military channels to jointly safeguard peace in the border area," Wang said.

According to a report published in South China Morning Post, Chinese troops had raised their combat readiness to the second-highest possible last week after an exchange of gunfire with India, but the alert was lowered after a meeting of the nations’ foreign ministers.

The increase, to second level, meant more weapons and troops were deployed to the front line, and training exercises were ramped up for commanders, officers and soldiers, a military source told the South China Morning Post. The newspaper said that while the combat readiness level had been lowered, it could be reinstated if circumstances changed.