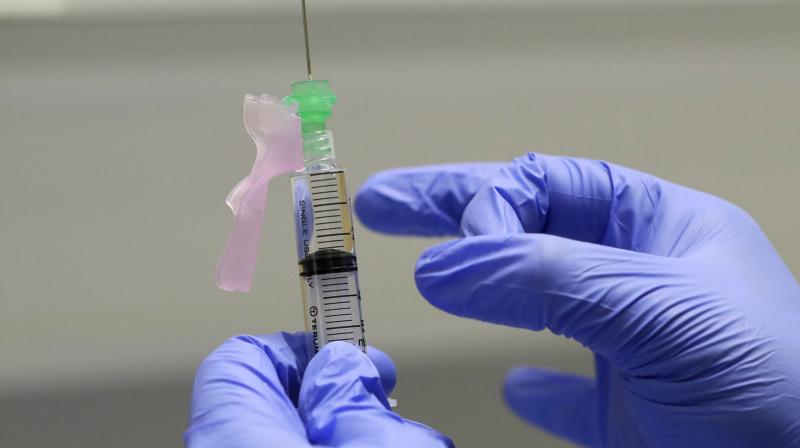 The DCGI order came after SII submitted the recommendations of the Data Safety Monitoring Board (DSMB), United Kingdom and DSMB India and sought permission to restart enrolment in the clinical trials. (AP)

New Delhi: The Drugs Controller General of India (DCGI) has revoked its suspension and allowed Serum Institute of India to resume the Phase 2 and 3 of clinical trials of the Oxford COVID-19 vaccine candidate in the country.

However, the DCGI has asked Serum Institute of India (SII), which is conducting the trials in India, to submit the details of the medication used as per protocol for the management of the adverse events. This comes at a time when overall cases of novel coronavirus reached 50.50 lakh in India while death toll reached closer to 82,500, as per COVID19India.org.

In another development, India’s Dr. Reddy’s Laboratories Limited and Russian Direct Investment Fund (RDIF) have decided to collaborate for the clinical trials and distribution of Russian Sputnik V vaccine in India. Once regulatory approvals are given by the Indian authorities, RDIF will supply to Dr. Reddy’s 100 million doses of the vaccine.

“The Phase I and II results have shown promise, and we will be conducting Phase-III trials in India to meet the requirements of the Indian regulators. Sputnik V vaccine could provide a credible option in our fight against COVID 19 in India,” said G.V. Prasad, Co-Chairman and Managing Director of Dr. Reddy’s Laboratories.

“Deliveries could potentially begin in late 2020 subject to completion of successful trials and registration of the vaccine by regulatory authorities in India,” RDIF said in a statement.

As for Oxford vaccine trials, the DCGI order came after SII submitted the recommendations of the Data Safety Monitoring Board (DSMB), United Kingdom and DSMB India and sought permission to restart enrolment in the clinical trials. The trails were halted world over after one volunteer developed “unexplained illness.”

"You may recommence the clinical trial dated August 2, 2020, as recommended by the DSMB, India as per already approved protocol and the provisions laid down under New Drugs and Clinical Trials Rules, 2019 subject to the conditions mentioned which are to be scrupulously followed such as extra care during screening, additional information in the informed consent and close monitoring for similar events during the study follow-up," the DCGI letter to SII said.

In fact, Maharashtra, Karnataka, Andhra Pradesh, Uttar Pradesh, Tamil Nadu compose close to 60% of the Active Cases while 70% of the total Active Cases are found in nine most affected States/UTs. So far 82, 066 deaths have been recorded out of which 1, 026 deaths took place in the last 24 hours.

Union health ministry officials said, India continues to record a spate of very high recoveries. India logged in the highest number of single day recoveries in the last 24 hours. After 82,961 COVID-19 patients were cured and discharged from home/facility isolation and hospitals, steeply pushing the Recovery Rate to 78.53%, officials said. The total recovered cases stand at 39,42,360 while there are 9,95,933 active cases in the country as on date.