On Tuesday, both men and women stopped vehicles and evicted young women they thought were headed for the hill shrine. 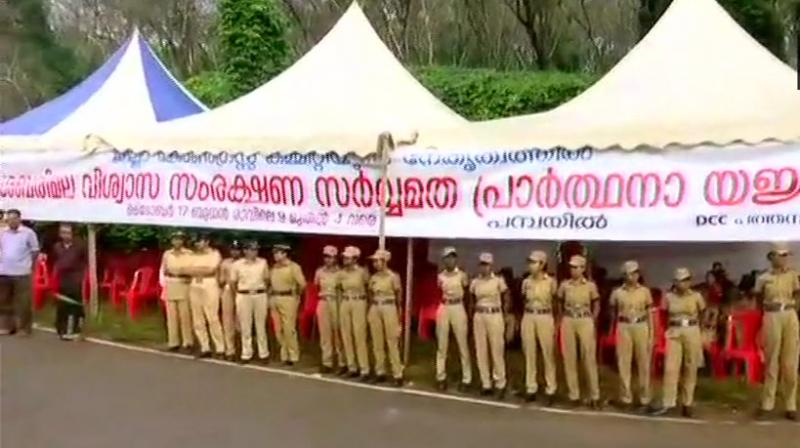 Heavy security deployment near Nilakkal, the base camp of Sabarimala Temple, as the portals are all set to open today. (Photo: ANI/Twitter)

Nilakkal: Tension prevailed Wednesday morning in Kerala's Nilakkal, the main gateway to Sabarimala, after the police used force to disperse devotees opposing the entry of girls and women of menstrual age into the hill shrine.

Acting tough, the police, deployed in large numbers in Nilakkal, some 20 km away from the Sabarimala hilltop, also removed a makeshift shelter erected by a protesting group Sabarimala Achara Samrakshana Samiti.

The protesting group of devotees had been staging a sit-in chanting Ayyappa mantra in the shelter in protest against the Supreme Court order permitting women of all age groups to enter the shrine.

The protesting people, who were less in numbers, ran from the spot when the police initiated action in the early hours of  Wednesday when they tried to block the buses from the key entry point to the temple.

On Tuesday, both men and women stopped vehicles and evicted young women they thought were headed for the hill shrine. 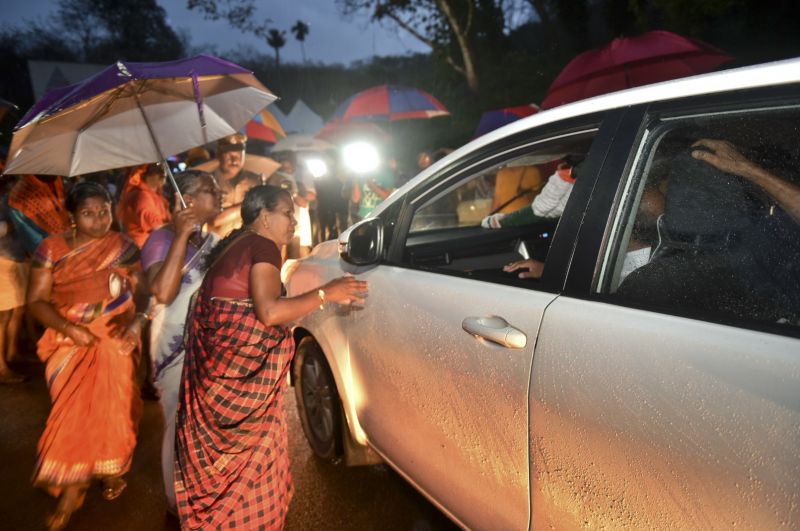 A couple from Tamil Nadu, aged 45 and 40, on their way to Pamba, were forced to get down from the KSRTC bus Monday night allegedly by some activists of the Sabarimala Achara Samrakshana Samiti.

Although the couple had said that they would go only up to Pamba and not climb Sabarimala, the activists prevented them. The police later took them to safety.

Some activists of the Sabarimala Achara Samrakshana Samiti, who had stayed back at Nilakkal, also allegedly prevented media persons from carrying out their professional duty.

In Thiruvananthapuram, the meeting between Travancore Devaswom Board and the pro-tradition group comprising tantris and Pandalam ex-royals on Wednesday to find a via media solution fizzled out over whether the board would prefer a review petition before the Supreme Court.

For the LDF government, Chief Minister Pinarayi Vijayan reiterated the resolve to punish anyone taking law in his/her hands and ruled out filing a review petition since the government is committed to gender equality.

Around 1000 police personnel, 800 men and 200 women, have been deployed in Nilakkal to ensure a safe passage to the pilgrims to the Lord Ayyappa temple.