Akbar stepped down Wednesday following a spate of allegations of sexual harassment during his days as editor of several publications. 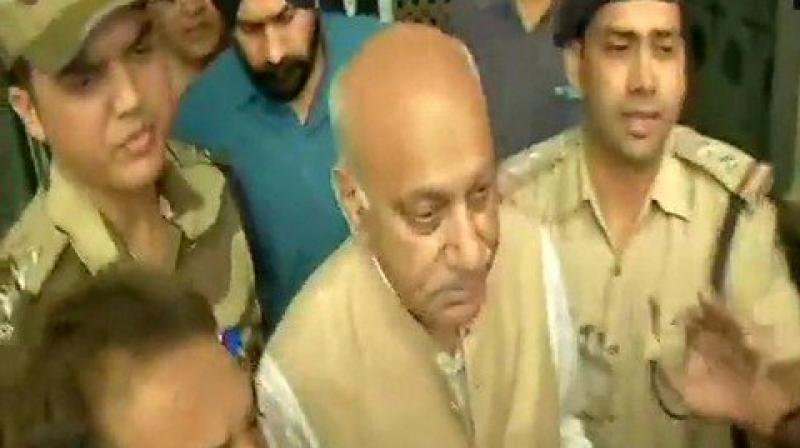 In a brief statement, Akbar said he had decided to seek justice in a court of law in his personal capacity. (Photo: file)

New Delhi: Women activists Wednesday welcomed the resignation of Minister of State for External Affairs M J Akbar, terming it a victory of the #MeToo movement in India, and asserted that the determination and courage of about 20 women journalists "belatedly forced" the Union minister to step down.

Akbar stepped down Wednesday following a spate of allegations of sexual harassment during his days as editor of several publications. In a brief statement, Akbar said he had decided to seek justice in a court of law in his personal capacity.

Kavita Krishnan, secretary of the All India Progressive Women's Association, said it was the determination and courage of 20 women journalists who came forward to expose Akbar that has "belatedly" forced him to resign.

"PM (Narendra) Modi's silence and tacit support for Akbar so far would have continued had it not been for the steady flood of women who refused to be deterred by the defamation case," Krishnan told PTI. Women rights activist Ranjana Kumari said Akbar should be ashamed that he did not resign earlier and that he was still fighting against the woman who called him out.

Activist Mariam Dhawale said it was a victory of the women's movement and Akbar's resignation was "long due".

"He should stop the terror tactics he is using to intimidate women who came out against him," Dhawale said. Over the last fortnight, about 20 women have come forward to narrate their experiences of alleged sexual harassment at the hands of Akbar.

On Tuesday, around 19 women journalists, who have worked with 'The Asian Age' newspaper, had come out in support of their colleague Priya Ramani who has accused Akbar of sexual harassment, a joint statement issued by them had said. The journalists had urged the court to hear their testimonies against Akbar, claiming that some of them suffered sexual harassment by the minister and others have been witness to it.