The apex court Wednesday wrapped up the marathon hearings in the politically sensitive case and reserved its verdict. 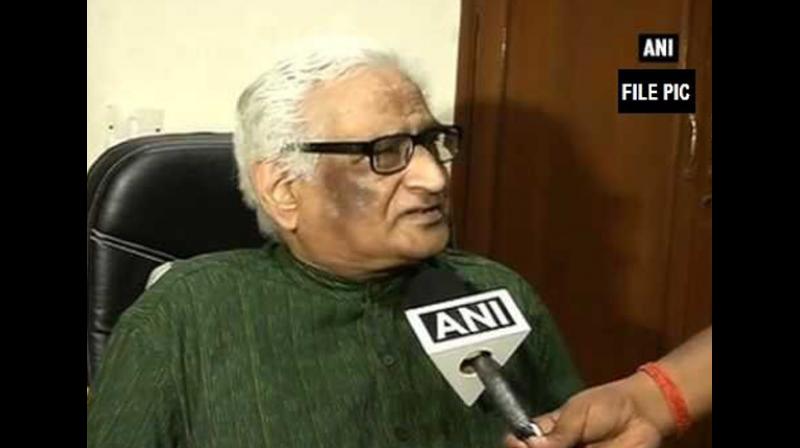 The complaint letter said that Supreme Court advocate has committed 'highly unethical' act by tearing into pieces a copy of the map submitted before the top court. (Photo: File | ANI)

New Delhi: The Akhil Bharat Hindu Mahasabha (ABHM) on Thursday filed a complaint with Bar Council of India (BCI) against senior advocate Rajeev Dhavan, who appeared for Muslim petitioners in Ayodhya case and tore down papers and maps handed over to him in the Supreme Court yesterday.

The complaint letter said that Supreme Court advocate has committed "highly unethical" act by tearing into pieces a copy of the map submitted before the top court.

The ABHM said that Dhavan's act brought disrepute to the Supreme Court Bar and it is unbecoming of him when he represents a party in a civil appeal no. 10866/10 as there is expectations of a senior member of the Bar to maintain a high standard of professional ethics.

It requested the Bar Council to take "cognisance against Dhavan and take appropriate action against him in accordance with law".

On Wednesday during the last and 40th day of Ayodhya matter, Dhavan tore down the papers and the map which was handed over to him by the opposition counsel of All India Hindu Mahasabha.

The advocate was objecting to All India Hindu Mahasabha's counsel trying to submit map published by Kunal Kishore, author of 'Ayodhya Revisited'.

The court was hearing the appeals challenging the 2010 Allahabad High Court verdict, which ordered equal division of the 2.77-acre of disputed land in Ayodhya among the Sunni Waqf Board, the Nirmohi Akhara and the Ram Lalla.

The 16th-century Babri Masjid was demolished on December 6, 1992.