India   All India  17 Oct 2019  Gunmen kill a labourer from Chhattisgarh in Pulwama
India, All India

Gunmen kill a labourer from Chhattisgarh in Pulwama

In the earlier clash, two Lashkar militants were killed in Kawni village of Awantipore in south Kashmir’s Pulwama district on October 8. 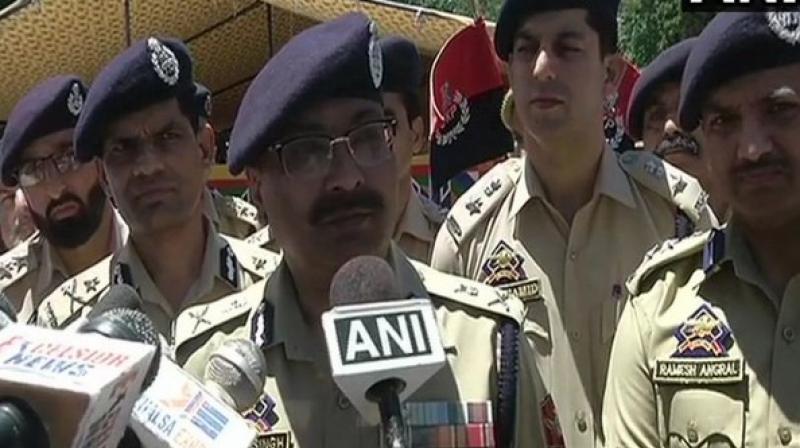 Srinagar: In a gory act, gunmen on Wednesday shot dead from point blank range a migrant labourer from Chhattisgarh in Jammu and Kashmir’s southern Pulwama district. The police blamed the incident on separatist militants and said the victim, 29-year-old Sethi Kumar Sagar, a brick kiln worker and a resident of Bansula Champa area of Chhattisgarh, was walking with another civilian — believed to be his cousin — when two gunmen targeted him in Pulwama’s Nihama area near Kakpora railway station. J&K DGP Dilbagh Singh, while confirming it, said a manhunt had been launched for the assailants.

In the evening, gunmen opened fire on two non-Kashmiri apple buyers in neighbouring Shopian district’s Tranz area. One of them, identified as Charanjit Singh, was brought dead to Pulwama’s district hospital whereas the other, Sanjiv Kumar, is fighting for his life, the police and hospital sources said. The sources said the duo, belonging to Ferozpur district of Punjab, were targeted by suspected militants while apple boxes bought by them were being loaded in a truck in the village. The gunmen also torched the truck, the sources added.

On Monday night, suspected militants had shot dead a truck driver from Rajasthan identified as Sharief Khan in Sindhoo-Shirmal village of Shopiant. The gunmen also torched his truck loaded with apples which were to be transported out of the Valley. The co-driver of the truck had escaped unhurt. The police had said two terrorists, including a suspected Pakistani national, were involved in the incident.

Earlier on Wednesday, three militants associated with the outlawed Hizb-ul-Mujahideen and Lashkar-e-Tayyaba were killed in a firefight with the security forces in J&K’s Anantnag district. One Army soldier was injured during the clash, the officials said.

The officials said that the fighting broke out during a cordon-and-search operation launched by the Army and other security forces in Anantnag’s Pazalpora village on specific intelligence inputs received from the district police.

The police said that the encounter at Pazalpora started at 6 am after the Army, the J&K police’s counter-insurgency Special Operations Group and the CRPF laid siege to the village to start searches.

“All the killed terrorists as per police records were affiliated with proscribed terror outfit LeT and were wanted by the law for their complicity in a series of terror crimes, including attacks on security establishments and civilian atrocities,” a statement by the police said.

This was the fifth clash between the militants and the security forces in Kashmir since August 5 when Article 370 of the Constitution was abrogated and J&K was bifurcated into two Union territories, and the second major encounter in the southern Valley in the past nine days. In the earlier clash, two Lashkar militants were killed in Kawni village of Awantipore in south Kashmir’s Pulwama district on October 8.