Chidambaram and his son have denied any wrongdoing and have said they are being targeted to settle political scores. 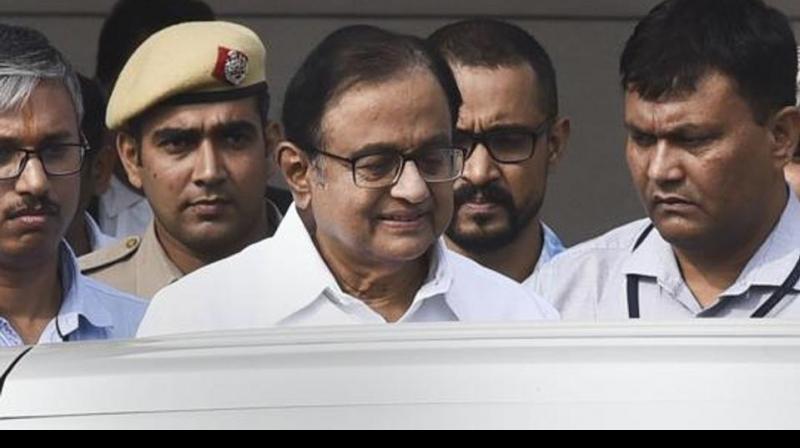 New Delhi: Former Union Minister P Chidambaram left Delhi's Tihar jail today, more than a month after he was taken there, as a court sent the 74-year-old Congress leader to the custody of the Enforcement Directorate in the INX Media money laundering case till October 24, NDTV reported.

Allowing the probe agency to question Chidambaram in custody, the court also granted him permission to have home cooked food, a separate cell, a western toilet, spectacles and medicines.

The Enforcement Directorate opposed his request for air-conditioning. Chidambaram will be allowed to meet family members and relatives for half-an-hour every day.

"We will take care of his security. Home food, western toilet and family visits will be taken care of," the agency told the court.

The court directed the Enforcement Directorate to get him medically examined every 48 hours.

Arrested by the CBI on August 21, Chidambaram had been in judicial custody at the Tihar jail since September 5 in the INX Media corruption case filed by the CBI. He was arrested by the Enforcement Directorate yesterday.

The Enforcement Directorate wants to question him in a case that allegedly involves money-laundering. It had requested 14-day custody of the Congress veteran.

He was taken to the agency's office in Delhi and will be kept at either the Tughlaq Road or Tilak Marg police stations. He will be brought back to the Enforcement Directorate's office around 10:30 am tomorrow.

Chidambaram is accused of signing off on a huge infusion of foreign funds into the firm as the finance minister in the UPA government led by Manmohan Singh in 2007 at the instance of his son Karti Chidambaram. The CBI has accused Karti Chidambaram of receiving kickbacks in the matter.

Chidambaram and his son have denied any wrongdoing and have said they are being targeted by the ruling BJP to settle political scores.