People in China look up to Indians, says Chinese Envoy 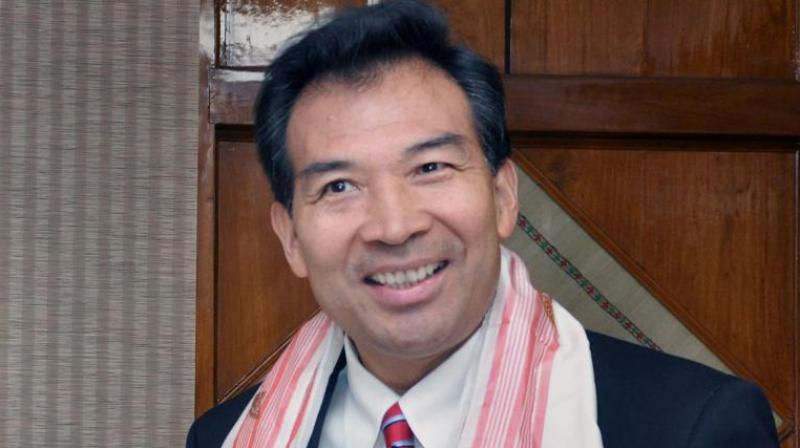 New Delhi: The people of China admire Indians and think of them as IT (information technology) experts, Maths geniuses, or talented singers and dancers, Chinese Ambassador Luo Zhaohui said in New Delhi on Friday, adding that youngsters there love to watch Bollywood movies, practice Yoga and drink Darjeeling tea.

Pushing for greater people-to-people contact at the China-India Youth Dialogue 2018 organised at the Chinese embassy, the Chinese envoy recalled meeting his ‘idol’ veteran actor Amitabh Bachchan and said he joined the foreign service because he wanted to visit India to see the Ajanta and Ellora caves and the Sanchi Stupa.

The Chinese envoy also indicated that his country may co-produce a movie on Boddhidharma — a Buddhist monk in ancient India who visited and settled down in China. He called on the need for both countries to step up cooperation.

“In contemporary Chi-na, the people admire Indians. They think every Indian is either a singer or dancer, or an IT expert or Maths genius. Three things are most fashionable among the Chinese youth in urban areas namely watching Bolly-wood movies, practising Yoga and tasting Darje-eling tea,” the Chinese ambassador said.

Speaking about his visit to Mumbai last month, he said he had met his ‘idol’ Amitabh Bachchan and also his meeting with actor Aamir Khan. “Before I joined the foreign service, I was a young academician doing research on Indian history of fine arts. My dream was to visit Ajanta and Ellora caves, Sanchi ... stupas Khajuraho (Temples) and Mughal miniature paintings in museums. At that time it was difficult to get the Indian visa. That’s the only reason that pushed me to join the foreign service.”

The Chinese envoy also spoke about the informal summit at Wuhan earlier this year between President Xi Jinping and Prime Minister Narendra Modi and of the huge bilateral trade volume of US$ 84 billion, adding that 1000 Chinese companies are doing business in India, creating more than one lakh jobs.

“Both of us are carrying out economic reform and opening-up policies. China is pursuing the ‘Chinese dream’. India is building the ‘New India’. Development strategies of both countries call for more cooperation,” he said.