Top SP leaders have been asked to remain in touch with ‘soft targets’ in the party and ensure that they do not switch loyalties. 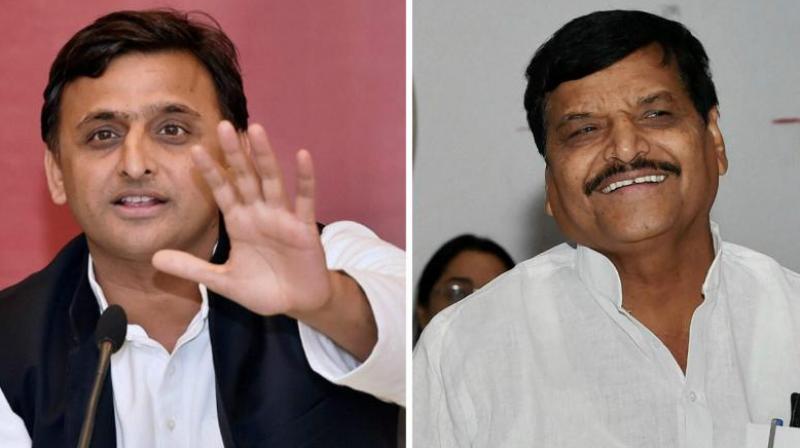 According to the sources, SP president Akhilesh Yadav has launched a ma-jor damage control exercise and is keeping a close eye on all district units.

The party is drawing up a list of those leaders who have directly or indirectly been in touch with Shivpal Yadav and is also identifying party workers who could cross over to the PSP.

Top SP leaders have been asked to remain in touch with ‘soft targets’ in the party and ensure that they do not switch loyalties.

“Once the SP-BSP alliance formalises, no party leader will join any other party because the alliance will emerges as the strongest political force in the state,” said a senior SP leader.

The SP strategists, however, are worried about the 45 or more seats that the BSP is likely to claim in the Lok Sabha elections. “We are concerned about these seats because when we do not have our candidate, there is a possibility that our leaders may go across to the PSP to contest as rebel candidates,” the party functionary said.

The SP is aware of the fact that it is the PSP that will cause maximum damage to them in the Lok Sabha elections since both the parties share the same vote bank and even the same leaders since Shivp-al Yadav has not yet been expelled from the SP. No action has been taken ag-ainst those SP leaders wh-o have opted for the PSP.

The SP is also trying to keep its patriarch Mulay-am Singh Yadav in good humor and send a strong message to the cadres that the senior leader is firmly with SP led by Akhilesh Yadav.

Mr Mulayam Singh Yadav, till now, has been sending confusing signals by dividing his time between the warring factions.

Meanwhile, Mr Shivpal Yadav has set up his party units in 60 out of the 75 districts and is strengthening his party organization. He is focusing on central UP districts that are SP bastions including Etah, Etawah, Kannauj, Farukkhabad, Auraiyya, Mainpuri and Ferozabad.

The PSP has announced that it will be holding a rally in Lucknow on December 9 and this is being touted as its first major show of strength. Sources claim that some more top SP leaders may join the PSP at the rally.