Abhishek Naidu, the festival director, is happy with the response that installation and other works are getting. 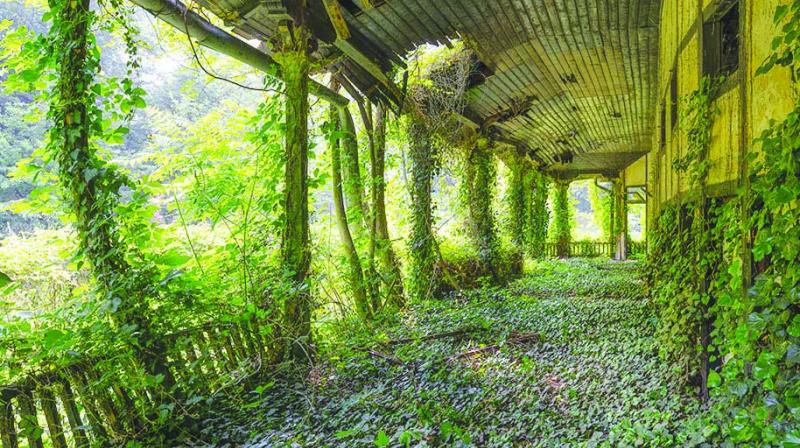 On the ground floor of UB City Mall, a particular video installation, Masked Reality, has been attracting onlookers. The installation is part of the ongoing month-long Art Bengaluru festival which is showcasing more than 200 artworks of various mediums. Conceptualised and executed by city-based artist Harshit Agrawal, the interactive piece throws off a machine generated face transformation on the screen, done in real time based on a webcam input. If that sounds confusing, let’s do it again: When someone stands in front of the webcam of a screen connected to a hidden computer, what one will see on the screen is a mask animated with their expressions. Agrawal uses AI and Machine Learning to train the algorithms to generate the masks which are either a traditional Theyyam mask or else, a Kathakali mask. In his project, Agrawal addresses several issues including gender fluidity as the Theyyam masks generated by the algorithms are always male and the Kathakali masks are always female irrespective of the person in front of the webcam.

Abhishek Naidu, the festival director, is happy with the response that installation and other works are getting. A finance graduate, who is “learning on the job” to curate festivals of this scale, Naidu feels that a strict theme running through a festival like Art Bengaluru would be limiting the spectrum of works displayed.  He noted: “It is well known that the Sublime Galleria, which conceptualised the festival, was envisioned by its founder Uzma Irfan as a platform for emerging artists to showcase their works. So, this year, we decided to put the focus on emerging and semi-established artists.”

This year, the festival responds to the previous year which was mainly on abstracts, thereby concentrating on conceptual and non-abstract works. “I have segregated the areas of display into sections which can create interesting conversations,” Naidu said. For instance, in one area the AI works by Agrawal face off the traditional paintings by H.S. Venugopala. On the second floor of the mall, a narrow bridge between the two sides of the expansive area serves as the display space for works by artist Haribabu Naatesan. He uses metal scrap and computer innards to create striking works with intricate details. Incidentally, he is the artist who had created the Make in India magnificent lion entirely from automobile scrap. The works have been engaging with the viewers in several ways as they encourage more than a cursory glance.

Naidu has been taking several visitors on walkthroughs to explain the concepts and works displayed. He is quick to point out the glass installation by artist Harsh Nowlakha which somehow seems to get along with the creations of a fancy crystal store. There are other artists who have been selected mainly for the body of works created. “Daan Oude Elfernick, a Dutch photographer, was invited once again to the festival mainly because his new body of works on desolate abandoned buildings resonate to what is happening around us in the city and the world,” Naidu said. “Apart from that, we try to get new artists to the festival.”

Among the first-timers are artists like Afrah Khan from Jeddah whose digitally manipulated works are instantly appealing to those looking out for something ‘contemporary’ a much-bandied word, Vijith Pillai’s startingly different body of digital works inspired by a Mughal theme, and paintings by artists Shoeb Dastagir, Pradeep Kumar D.M., Rekha Krishnamurthy and others. But will the focus on emerging and semi-established artists have any repercussions on the stature of the festival? Naidu doesn’t agree with the question.