India   All India  17 Dec 2019  Assam hints at a dialogue; Net may be restored today
India, All India

Assam hints at a dialogue; Net may be restored today

Sarma said the government would review the situation again on Tuesday to decide on restoring the Internet services in Guwahati. 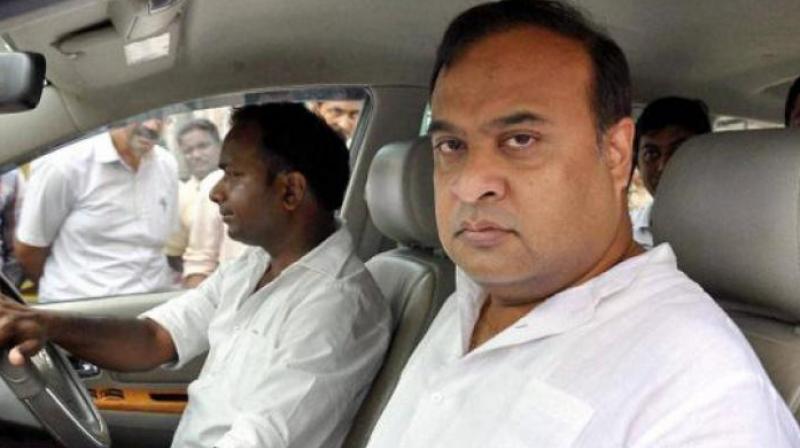 Guwahati: The Assam government on Monday said they are not going to disturb the ongoing peaceful agitation but didn’t rule out the possibility of the Centre reaching out to agitationists for a dialogue to resolve the issue.

Saying the government had decided to end the day curfew in the capital, Assam finance minister Himanta Biswa Sarma told reporters that the state government was thinking of forming an special investigation team to probe the conspiracy that provoked the violence, and also the attack on Assam Sankardev Kalakhetra, a place where the state’s cultural heritage has been preserved. “The investigation and arrest of those involved in attacking Sankardev Kalakhetra and the Dispur capital complex have indicated a pattern. We are going to form an SIT soon for the investigation into all these cases.” said Mr Sarma, adding that the Assam police had registered 137 cases and arrested over 190 people for the recent violence in the state.

Saying the situation was fast returning to normal, Mr Sarma said the police was conducting investigations and examining the video footage to identify each and every hooligan involved in damaging government property. He said the government would review the situation again on Tuesday to decide on restoring the Internet services in Guwahati.

Mr Sarma also released the names of those arrested for the attack on Sankardev Kalakhetra. “Alkesh Das, Koshibuddin Ahmed, Washim Ahmed, Naved Mohibul Gani, Jahangir Ahmed, Noor Baksh Ali, Shahid Khan and Imran Ali are those arrested, but suspected kingpin Zuber Alam, who mobilised the people for the attack, is still at large,” he said. “All of them were arrested on the basis of CCTV footage.” He added that the residents of Guwahati were not at all involved in the act of violence.

Refusing to indulge in any contentious debate on the impact of the amended Citizenship Act on the state, Mr Sarma said: “In the democracy, we are entitled to have different views on any subject, but it doesn’t mean one can resort to violence to prove their point.”

Mr Sarma also said that a case at Chandmari police station, in which RTI activist Alhil Gogoi was an accused, had been transferred to the NIA. “The NIA has accepted the case,” said Mr Sarma, who was also in a controversy for saying that the Citizenship Act would help to “stabilise the population of Assam”.

He said Assamese and other indigenous communities were fast losing political space to Muslims in Lower Assam districts, including Barpeta, which was once the seat of Vaishnavite culture. He had referred to the 2011 Census, in which Muslims account for a little over 34 per cent of Assam’s population. They are in a majority in 11 of the state’s 33 districts. Mr Sarma said Monday: “I still stand by my remarks, but this is not the time to discuss it as it may create confusion.”

Meanwhile, hundreds of people led by AASU’s chief adviser Samujjal Bhattacharya and general secretary Lurinjyoti Gogoi courted arrest in front of deputy commissioner’s office in Guwahati as part of their peaceful protest demanding scrapping of the amended citizenship law. The protesters who were arrested for the day were released in two hours as the makeshift jail became overcrowded and the police was forced to release them to accommodate the protesters who came in large numbers to court arrest.

Mr Bhattacharya urged the protesters to “march in pairs and be disciplined as our protest is non-violent”.

“The AASU leaders themselves courted arrest along with other protesters but have been released now,” Guwahati police commissioner Munna Prasad Gupta told reporters.

Students, senior citizens, teachers, lawyers, doctors, litterateurs, singers, musicians and actors were among those who took part in the protest march.

Meanwhile, Leader of the Opposition in the Assembly Debabrata Saikia sought an inquiry by a sitting judge of the Gauhati high court into the violence by both the protesters and security personnel. In a letter to governor Jagdish Mukhi, he said: “I am writing this letter in connection with the volatile situation in our beloved state over the last few days because I deem it high time to knock on the door of the constitutional head of the government of Assam. I feel it is futile to address the chief minister of Assam because he has resorted to an ostrich-like strategy of burying his neck in the sand and refusing to acknowledge reality, let alone taking effective steps to alleviate the anguish and anger of the people.”