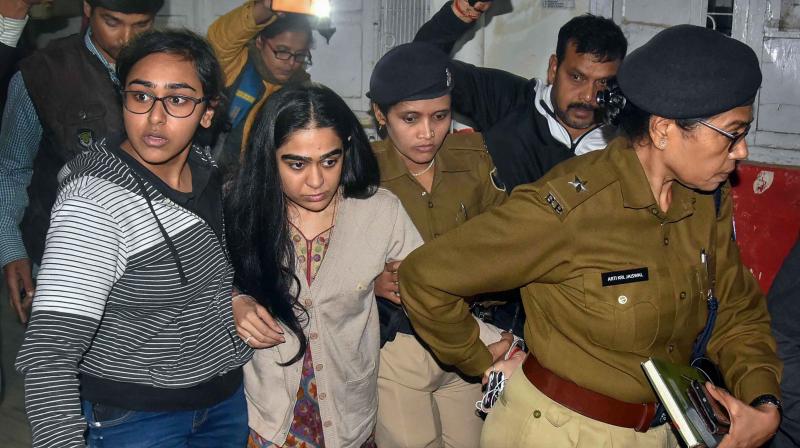 Patna: Trouble mounts for former chief minister Rabri Devi as her daughter-in-law Aishwarya Rai has accused her of physical assault and domestic violence.

The incident occurred late Sunday evening when she approached Rabri Devi to complain about her husband Tej Pratap Yadav’s supporters putting up posters near Patna University to defame her family.

Talking to reporters outside Rabri Devi's official residence, she said that, “I just wanted my mother-in-law to intervene and ask her son Tej Pratap to remove posters which were pasted across the university campus to defame me and my father. Immediately after I approached her, she abused me and started pulling my hair. I was also beaten up and driven out of the house,” said Aishwarya Rai.

Sources said that Aishwarya Rai later filed a written complaint against Rabri Devi accusing her of "harassment and physical torture".

“The incident occurred in front of the staff and security guards. My mobile phone was also snatched as it had plenty of evidence against all of them,” Aishwarya Rai said.

Police officials, however, said that they were waiting for a report from the team which had visited Rabri Devi's residence on Sunday to investigate the case.

The posters which Ms Rai spoke about were not found anywhere near Patna University. Sources said that the posters were removed immediately after the issue surfaced on Sunday.

This is not the first time when she has accused her mother-in-law of harassment. In September also, she was seen weeping outside the official residence of Rabri Devi.

Tej Pratap who is Lalu Yadav's eldest son had filed for divorce within six months of his marriage with Aishwarya Rai. Sources close to Lalu Yadav's family claim that he had cited compatibility issue as a reason for divorce.

Tej Pratap Yadav's decision to divorce his wife had created a flutter not only within his family but also in the political circle here. Sources claim that his act had even irked his younger brother Tejashwi Yadav who has been handed over the reins of RJD after his father Lalu Yadav was sent to jail in connection with fodder scam case.