20,000 youths to be deployed as 'Swachhta Doots' to spread clean Ganga message

The volunteers will be deployed in villages along the river to exhort local dwellers and visitors to keep Ganga clean. 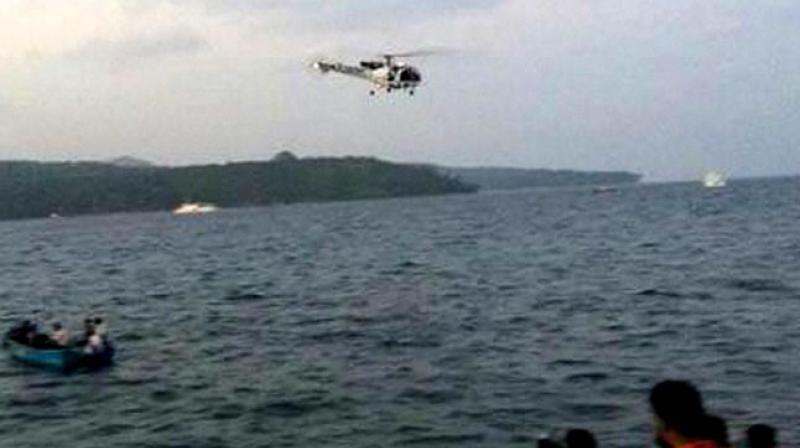 New Delhi: As many as 20,000 youths in Ganga basin states will be trained and deployed as 'Swachhta Doots' in about 2,336 villages along the river to spread message of keeping the river clean among the local dwellers and visitors.

The National Mission for Clean Ganga (NMCG) has approved a Rs 10-crore project for training and deployment of the 20,000 youngsters for the purpose, Union Water Resources Ministry said on Wednesday.

The project, to be implemented in association with Nehru Yuva Kendra Sangathan (NYKS) - an autonomous body under Ministry of Youth Affairs and Sports, was sanctioned by the NMCG on Tuesday.

The project envisages deployment of the youth, to be called as Swachhta Doots (Cleanliness Ambassadors), in 29 districts spanning about 2,336 villages along the river in basin states of Uttarakhand, Uttar Pradesh, Bihar and West Bengal, an official statement said.

A project officer will be assigned to each of these districts.

A cadre of thousands of youths will be groomed as volunteers to be deployed in villages along the river to raise clean Ganga consciousness among the local dwellers and visitors, the statement said.

The trained youth would exhort and motivate local population and tourists to refrain from polluting river Ganga.

Among others, they would also inform people about existing government activities like construction of toilets, water harvesting and conservation for creation of a comprehensive database in coordination with the NMCG.

The volunteers would be led by around 50 spearhead campaigners, who will lead them in their assigned jurisdictions. All this will be done in consultation with village youth clubs, the statement said.

According to an official, the training of the youth is expected to begin by the end of this month.