He was apparently referring to Sasikala's earlier assertion that Jayalalithaa's government would continue in the state. 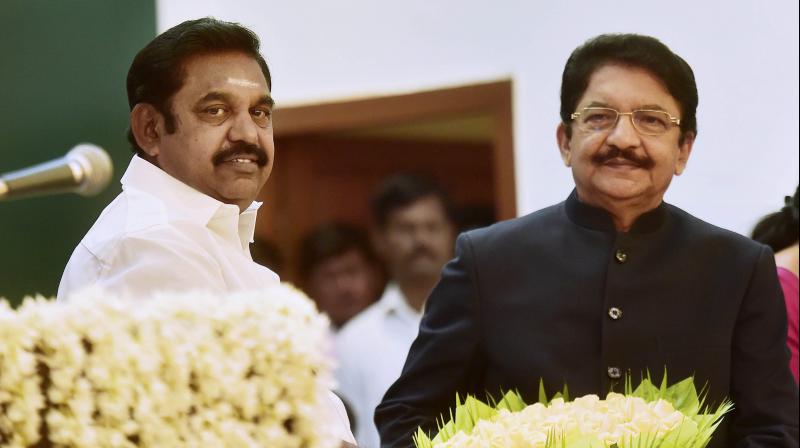 "The vow taken by our party's General Secretary V K Sasikala has been fulfilled," he said as party cadres raised slogans "Chinnama Vaazhga!" at the MGR memorial, hailing Sasikala.

He was apparently referring to Sasikala's earlier assertion that Jayalalithaa's government would continue in the state.

His government won the vote of confidence by a margin of 122-11 in the assembly.

Later, talking to reporters, Palaniswami said, a party which had been nurtured by AIADMK supremo J Jayalalithaa, was ignored by some and they wanted to unseat this government by allegedly joining hands with DMK.

"Their true face has been exposed by Saturday's result", he said.

Asked whether he would take action against those who went away from the party, he said, only the party can decide. On the issues that would be taken up, the chief minister said the first issue was to address out the severe water crisis in the state.

"The state is facing severe water crisis that was not experienced in the last 140 years. Solving the drinking water problem will be my first priority," Palaniswami said.

He said he would meet Prime Minister Narendra Modi and get the relief fund for the damage caused by cyclone 'Vardah in December 2016.