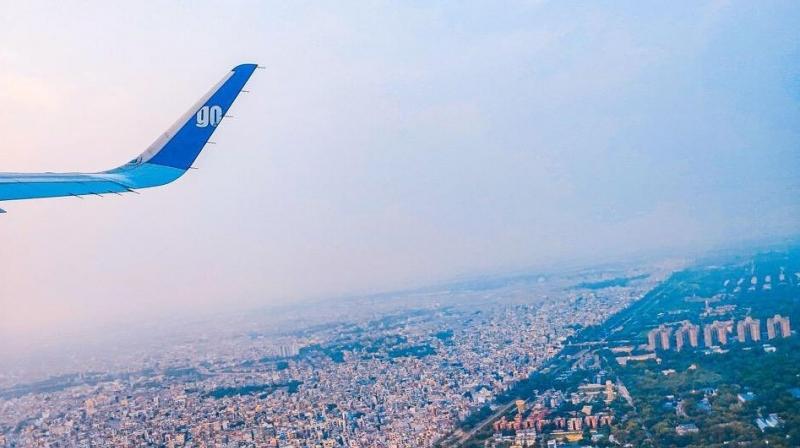 Mumbai: The engine of a Bengaluru-Ahmedabad GoAir flight caught a "small" fire at the time of takeoff, the airline said on Tuesday.

The fire, however, has been doused and all passengers and crew are safe and the plane is being towed off the runway after which the passengers will be deplaned, GoAir said in a statement.

The number of persons on board, however, could not be immediately known.

"The right engine of GoAir flight G8 802 from Ahmedabad to Bengaluru is suspected to have suffered from a foreign object damage (FOD) while on take-off roll. The suspected FOD resulted in a small fire which has been doused," the statement said.

All passengers and crew are safe and no emergency evacuation was deemed necessary, it said.