143 are still missing in the Chamoli disaster that took place on February 7, said the police 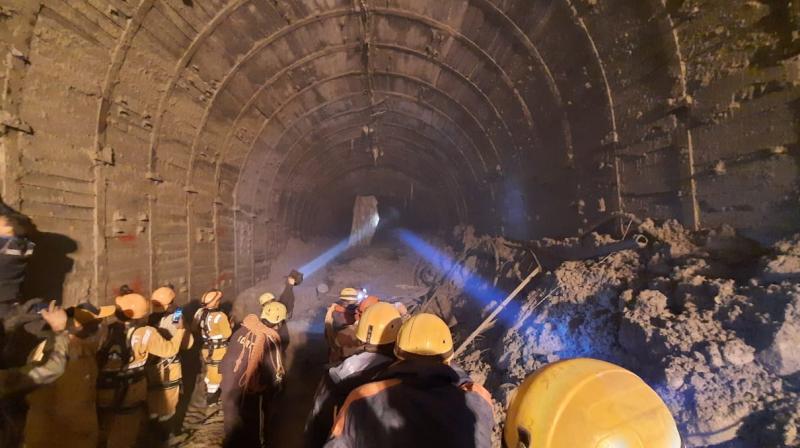 Tapovan: Two more bodies were recovered on Thursday from a tunnel of the NTPC's flood-ravaged Tapovan-Vishnugad hydel project and one from Raini as rescue operations continued for the 12th day to reach workers feared trapped inside after a flash flood in Uttarkhand's Chamoli district.

The confirmed death toll in the Chamoli disaster that took place on February 7 has now mounted to 61 while 143 are still missing, police said.

Thirteen workers have so far been pulled out of the sludge-choked tunnel at  Tapovan where a large number of people were at work when the tragedy occurred following a flash flood in Rishiganga.

One human limb was also recovered from the tunnel on Thursday, taking the total number of  human body parts recovered from different parts of the affected areas to 27.

Search operation at the tunnel had been resumed on Wednesday after hours of interruption caused by water which had entered making it difficult to remove slush.

The exercise was resumed on Wednesday afternoon after pumping water out of the tunnel by a combined team of rescuers comprising of Army, ITBP, NDRF and SDRF personnel.