India   All India  18 Apr 2018  Asaram rape case verdict to be pronounced in jail
India, All India

Asaram rape case verdict to be pronounced in jail

The forces also noted in their plea that such a step was also necessary for the safety and security of Asaram and the general public. 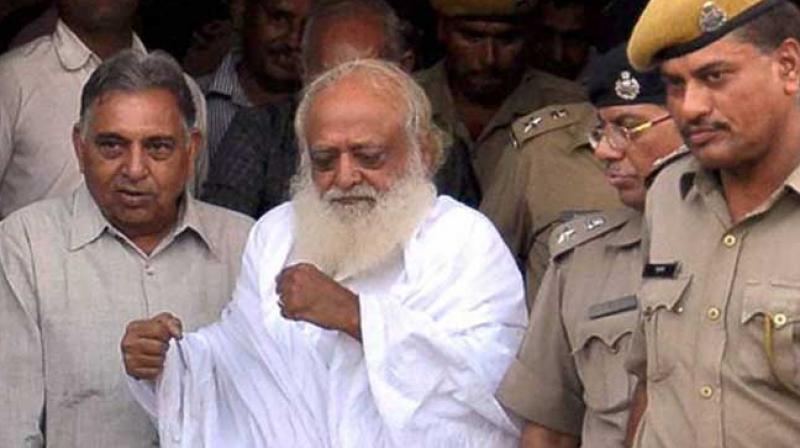 Jaipur: The Rajasthan high court has accepted a plea by the state police that judgment in rape case against Asaram should be pronounced inside the Jodhpur Central jail. After hearing both sides, the division bench of Justice Gopal Krishna Vyas and Justice Ramakrishna Singh said that the trial court would pronounce the judgment inside the court. The trial court is slated to pronounce the verdict on April 25.

The police had filed a petition in the high court stating that Rajasthan may witness Panchkula-like violence, which broke out after the conviction of controversial godman Gurmeet Ram Rahim Singh in a rape case.

In its application, the police have stated that there would be a huge presence of Asaram’s followers in the city on the judgment day, and that the followers might indulge in arson after the pronouncement in the case. The forces also noted in their plea that such a step was also necessary for the safety and security of Asaram and the general public.

“The judgment will now be pronounced in the jail keeping law and order of the state in mind on April 25,” additional advocate general Shiv Kumar Vyas told a news agency.

The Jodhpur Schedule Caste and Schedule Tribe Court on April 7 completed its hearing in the rape case against the godman and the judgement in the case is scheduled for April 25.