To ensure PM Modi gets pure vegetarian food during his London visit, special chefs have been appointed to cook Gujarati delicacies for him. 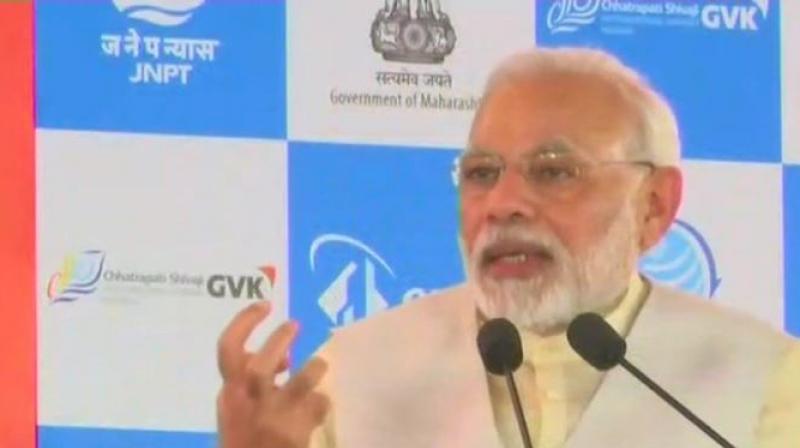 Prime Minister Narendra Modi is scheduled to have a breakfast meeting with British Prime Minister Theresa May at 9 am. (Photo: File)

New Delhi/ London: Prime Minister Narendra Modi has reached the UK for a four-day visit to attend the 2018 Commonwealth Heads of Government Meeting in London. He will hold both bilateral as well as multilateral meetings with different heads of states attending the meeting.

To ensure Prime Minister Narendra Modi gets pure vegetarian food during his London visit, special chefs have been appointed to prepare Gujarati delicacies for him.

PM Modi is scheduled to have a breakfast meeting with British Prime Minister Theresa May at 9 am.

Shenoy Karmani, Executive chef of St. James Court Taj Hotel in Buckingham Gate, has been appointed to prepare the breakfast for the Prime Minister's bilateral meeting and lunch for the ongoing Commonwealth Heads of Government Meeting or CHOGM on Tuesday.

The breakfast menu will comprise of tea and coffee, poha, upma, puri, bhaji and seera.

Later in the day Prime Minister Narendra Modi, along with his delegation team, will be served lunch at the Buckingham's Taj hotel.

The lunch will also be prepared under the guidance of Chef Shenoy Karmani. The menu will be high on the specific Gujarat-based delicacies including khaman dhokla, khandvi, dal, dal pakora, torai masala, stuffed karela, paneer bhurji, and khichdi.

The food preparations will be done in pure clarified butter.

On April 20, the Commonwealth Games Federation will host a breakfast for heads of government. The summit concludes later that day when leaders will issue their communique and a leaders' statement after their retreat.