President Ram Nath Kovind said, 'It is our responsibility to ensure such a thing does not happen to any girl or woman.' 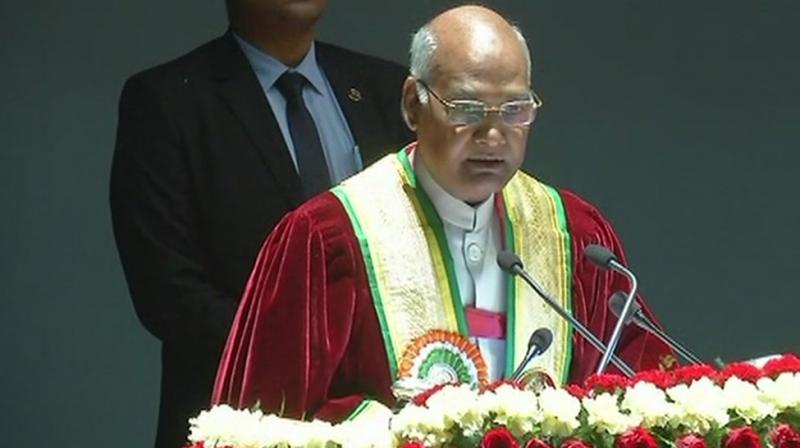 Jammu: President Ram Nath Kovind on Wednesday condemned the horrific gangrape and murder of eight-year-old girl in Kathua district of Jammu and Kashmir and wondered what kind of society India was developing into.

"After 70 years of independence such an incident occurring in any part of the country is shameful. We have to think what kind of society are we developing. It is our responsibility to ensure such a thing does not happen to any girl or woman," President Ram Nath Kovind said in his address at the sixth convocation ceremony of Shri Mata Vaishno Devi University in Katra.

Before the President's address, Jammu and Kashmir Chief Minister Mehbooba Mufti also spoke about the Kathu rape incident that occurred in January.

"How can someone do such a cruel thing to a small girl who is a manifestation of Mata Vaishno Devi, there is something wrong with the society," Mufti said.

On January 10, an eight-year-old girl belonging to a nomadic tribe went missing from near her house in Rasna village in Jammu and Kashmir's Kathua district. A week later, her body was found in the forest.

A chargesheet filed by the state police revealed that the minor was raped, sedated and tortured before being killed.

The incident has sparked outrage across the country, with people carrying out protests demanding justice for the 8-year-old girl.

The parents of the girl are demanding death sentence for the accused.