India   All India  18 Apr 2018  Missing for 40 years, Manipur man found in Mumbai, thanks to Youtube
India, All India

Missing for 40 years, Manipur man found in Mumbai, thanks to Youtube

40 years after he went missing, a 66-year-old Manipuri man is all set to be reunited with his family. 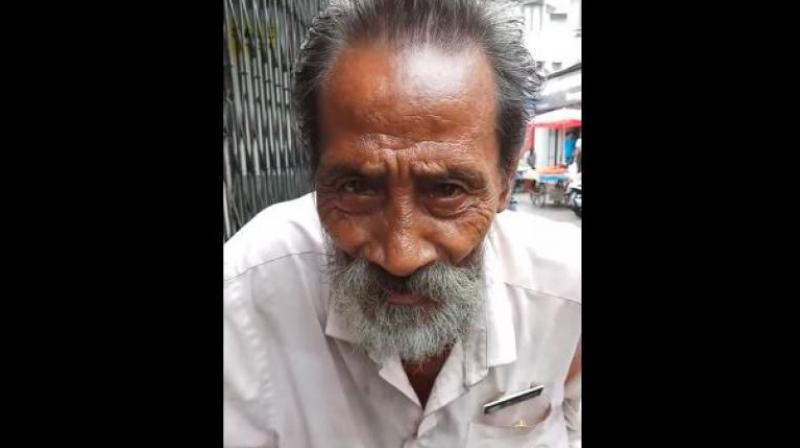 Khomdan Singh was 26 when he left his Imphal home in a huff in 1978. (YouTube | Screengrab)

Mumbai: Forty years after he went missing, a 66-year-old Manipuri man is all set to be reunited with his family -- thanks to his fondness for Hindi film songs and a video clip posted on YouTube.

The family did not know where he was for 40 years till a neighbour brought the video of a grey haired and bearded man singing old songs to its notice.

Mumbai photographer Firoze Shakir had spotted Singh singing on the city streets. Shakir got to know the man, shot a video of him while he sang old favourites and uploaded in on the video-sharing website last November.

In the clip, the singer identified himself as Khomdan Singh of Manipur, which caught the attention of the neighbour.

The family members thought it could be their missing Khomdan and approached the Imphal police, which got in touch with their counterparts in Mumbai.

"They sent a photo of the young Singh to us. Based on that, we located the person at the Bandra railway station and brought him to the police station," said a police official.

His family members have been informed and they are on their way to Mumbai, said the official from the Bandra police station.

Shakir said he had developed a rapport with Singh over a period a time.

"I began shooting him more as a case study than anything else...children would tease him on the streets calling him a Nepali and he would shout back at them, saying he was a Manipuri, an Indian and not a Nepali," the lensman said.

Every morning, Singh would come to Bandra Bazar where the photographer lives.

"He would regale the people on the streets with old Hindi songs. I would sometime buy him snacks or give him money...He took a liking for me as I shot his pictures," he said.

Shakir said the sexagenarian told him he was earlier in the Army.

"He once told me he was in the Army which he left when his father died. He came back to his hometown to till their farms. Due to some misunderstanding with his brothers, he left Manipur," the photographer added.