India   All India  18 May 2017  Deceased IAS officer was to expose big scam in Karnataka: UP minister
India, All India

Deceased IAS officer was to expose big scam in Karnataka: UP minister

The officer was found dead on Wednesday under mysterious circumstances on a roadside in the high-security Hazratganj area. 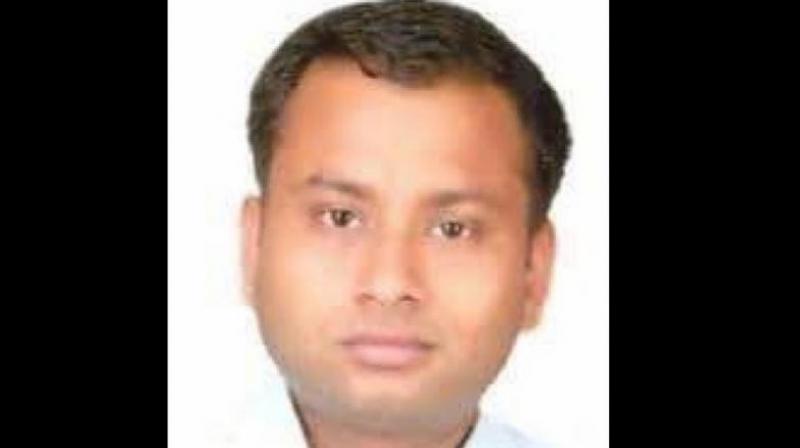 Lucknow: The Karnataka-cadre IAS officer, who was found dead under mysterious circumstances here, was about to expose scams worth thousands of crores of rupees of Congress-led government in Karnataka, UP minister Suresh Kumar Khanna said in the state assembly on Thursday.

His response came amid allegations from opposition benches that Anurag Tiwari (36), posted as commissioner in the department of food, civil supplies and consumer affairs in Bengaluru, was murdered.

"It is true that the body of the officer was recovered yesterday. The post-mortem examination was conducted by a panel of four doctors and as the exact cause of death could not be ascertained, his viscera was preserved," the Parliamentary Affairs Minister said.

The officer was found dead on Wednesday under mysterious circumstances on a roadside in the high-security Hazratganj area here, hardly a kilometre away from the Uttar Pradesh Assembly.

The opposition members tried to corner the ruling BJP over the law and order situation soon after the House met for the day.

The matter was raised by Samajwadi Party during Question Hour with its member Nitin Agarwal alleging that the IAS officer was murdered in the high security area, thus "exposing tall claims of government over law and order."

SP members also jumped into the well of the House to raise the matter.

Speaker Hridaya Narain Dixit, however, said the matter could not be raised during Question Hour and asked members to return to their seats.

Leader of the Opposition Ram Govind Chowdhury said the 'murder' of the IAS officer in VIP area was a serious matter. Congress Legislature Party leader Ajay Pratap Lallu also raised the matter while demanding a CBI probe into the incident.

Khanna assured the House that a probe was on in the matter. However, dissatisfied with the reply, SP, Congress and BSP members staged a walkout from the assembly.

Tiwari, a 2007 batch IAS officer, was staying at the Meera Bai guest house with a batchmate after attending a mid-career training programme at Lal Bahadur Shastri National Academy of Administration in Mussoorie.

He was in his sleepwear when he was found dead yesterday, which also happened to be his birthday.

Senior Superintendent of Police Deepak Kumar said the postmortem was carried out by a panel of four doctors. The  cause of the death appeared to be asphyxia.

"Hence, viscera and blood samples have been preserved for clinical analysis and the heart for histopathological examination," he said.

The samples have been sent to a forensic laboratory to find the exact cause of the death. Tiwari's father, however, alleged that his son was eliminated.

"My son was very honest. Corrupt officers did not like him. They must have somehow got him murdered," BN Tiwari had said in Bahraich, his native place.