There is a sense of relief and also happiness in India that the ICJ has ruled in India's favour, Jaitley said. 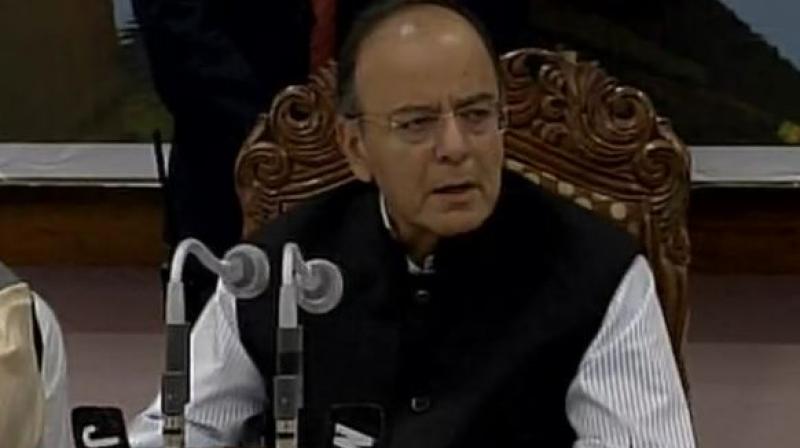 Srinagar/New Delhi: With the International Court of Justice (ICJ), the primary judicial organ of the United Nations, temporarily staying the death sentence of former Indian Naval officer and alleged Indian spy Kulbhushan Jadhav by a Pakistan military court, Defence Minister Arun Jaitley on Thursday described it as a great vindication of India's stand and the entire Indian team at The Hague deserves to be congratulated.

"There is a sense of relief and also happiness in India that the ICJ has ruled in India's favour and stayed the execution of Mr. Jadhav who is held in Pakistan's custody. This order is very serious, of the kind of mockery in the name of judicial system that exists in Pakistan. Any form of judicial proceeding which is conducted in secrecy, in darkness, and which is not open for any public, lacks the very appearance of justice. This order today highlights the importance of the fact that a person is allegedly accused, he has a right of effective defence because, unless the right of effective defence is exercised, the proceeding doesn't inspire the confidence of fairness. Counsulor access is part of the right of effective defence. It's a great vindication of India's stand and the entire Indian team at The Hague deserves to be congratulated. External Affairs Minister Sushma Swaraj, who piloted the strategy, and Harish Salve, who effectively argued the matter deserve special mention," Jaitley said.

Meanwhile, Union Minister of State for Law and Justice PP Choudhary asserted that India will definitely save Kulbhushan Jadhav because there is no evidence against him.

"The entire nation is very happy about the interim direction given by the International Court of Justice and I congratulate the entire team of MEA, including our Prime Minister and Foreign Minister. I am very happy that everyone did their best, including our lawyer, senior advocate Harish Salve. India will definitely save Kulbhushan Jadhav because there is no evidence against him. The entire trial conducted in the military court is illegal," Choudhary told ANI.

Earlier, Justice Ronny Abraham of the ICJ read out the much-awaited verdict and asserted that Kulbhushan Jadhav's case was indeed debatable, and added that the ICJ had prime facie jurisdiction in the case.

The final verdict is expected in August.

The only condition under which Jadhav now stands to face execution is if Pakistan does not comply with the ICJ's decision. India can then go to the United Nations Security Council, which may then decide upon measures to be taken to give effect to the judgement.

The UN charter entails that 'each member of the United Nations undertakes to comply with the decision of the International Court of Justice' and 'if any party to a case fails to perform the obligations, the other party may have recourse to the U.N. Security Council.'

A Pakistan military court had awarded the death sentence to former Indian naval officer Jadhav on April 10 for alleged 'espionage and subversive activities'.

However, India, after being denied consular access for 16th time, dragged Pakistan to the ICJ on May 8 for violating the Vienna Convention.