India   All India  18 May 2017  Modi expresses satisfaction at ICJ ruling on Jadhav, thanks Sushma Swaraj
India, All India

Modi spoke to External Affairs Minister Sushma Swaraj to thank her and appreciated the efforts of advocate Harish Salve. 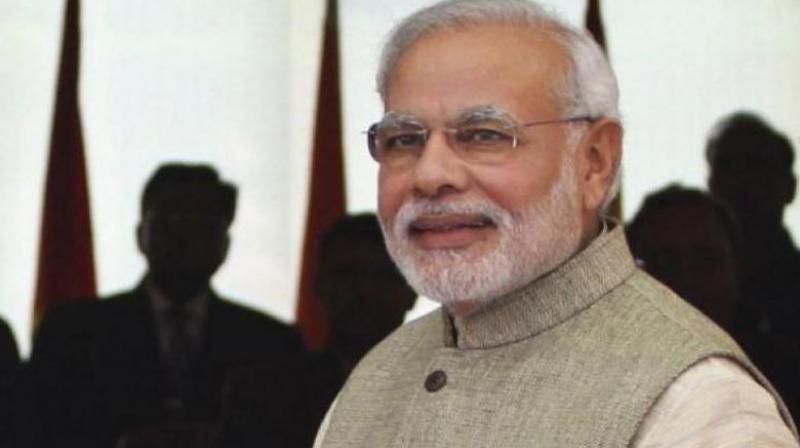 The Prime Minister's reaction came after the 11-judge bench of the ICJ unanimously stayed execution of Jadhav. (Photo: PTI)

New Delhi: Pime Minister Narendra Modi on Thursday expressed satisfaction at the order of the International Court of Justice (ICJ) which stayed the execution of Indian national Kulbhushan Jadhav who is on death row in Pakistan.

He spoke to External Affairs Minister Sushma Swaraj to thank her and appreciated the efforts of advocate Harish Salve who represented India in the case, official sources said.

The Prime Minister's reaction came after the 11-judge bench of the ICJ unanimously stayed execution of Jadhav who has been sentenced to death by a Pakistan military court on charges of espionage and subversive activities.

In a major victory for India, which had moved the UN's highest judicial body against the death sentence, the ICJ instructed Pakistan to take all 'necessary measures at its disposal' to ensure that Jadhav was not executed pending a final decision by it.

The ICJ said that India should have been granted consular access to its national as per the Vienna Convention to which both countries have been signatories since 1977.

The ICJ asserted its jurisdiction over the case of the 46-year-old former Indian Navy officer while noting that the circumstances of his arrest remain disputed.

The ruling came three days after India and Pakistan gave their submissions in the case.