India   All India  18 May 2017  Karti Chidambaram leaves for London amid CBI raids
India, All India

Karti, himself a Congress leader, left for London along with a friend, airport sources said. 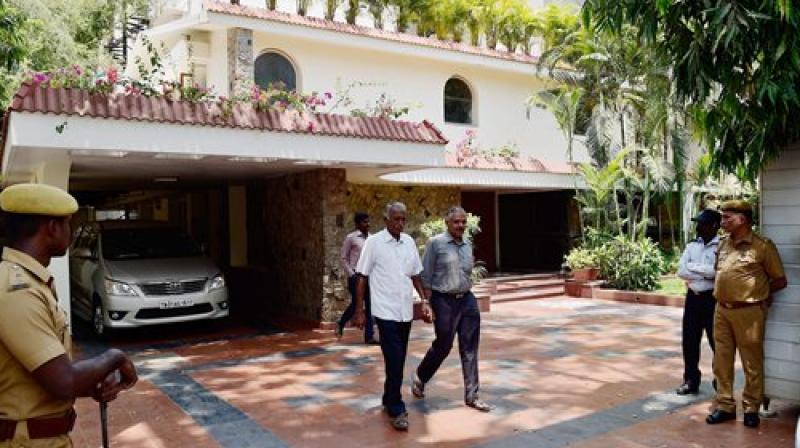 Karti, himself a Congress leader, left for London along with a friend, airport sources said. He flew by an international carrier, they added.

The CBI had on Monday registered a case in connection with alleged irregularities in granting the Foreign Investment Promotion Board (FIPB) clearance to INX Media, run by its directors Indrani Mukerjea and Peter Mukerjea, in 2007 when P Chidambaram was the finance minister.

The agency had on Tuesday conducted searches at multiple premises linked to Chidambaram and Karti in connection with the matter.

Karti had alleged 'political vendetta' behind the searches and said no documents had been seized from during the raids, insisting he had done nothing wrong.