India   All India  18 May 2017  National flag to fly at half-mast as mark of respect to late Union Minister Dave
India, All India

Earlier Prime Minister Narendra Modi condoled the death of Dave and termed his demise as a 'personal loss'. 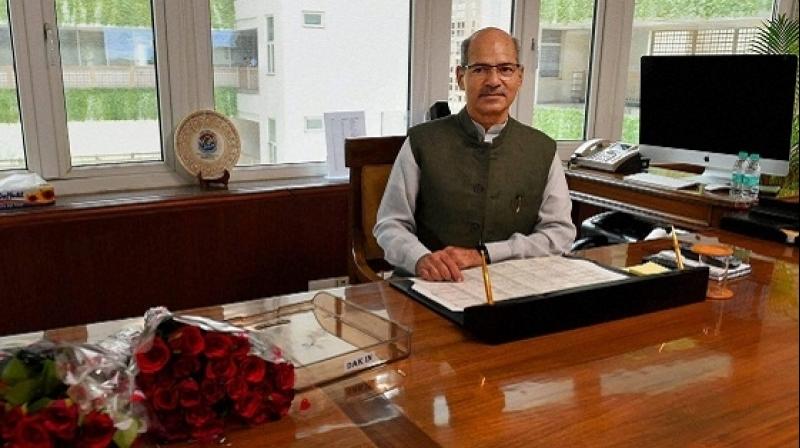 New Delhi: The national flag will fly half-mast on all government buildings in Delhi and all state capitals as mark of respect to Union Minister Anil Madhav Dave, who passed way this morning.

Dave, the minister of state (independent charge) for environment, forest and climate change, was rushed to AIIMS here after he complained of uneasiness.

The 60-year-old BJP leader was declared dead in AIIMS.

"The government today announced with profound sorrow the death of Anil Madhav Dave. As a mark of respect to the departed dignitary, the Centre has decided that the national flag will fly half-mast today in Delhi and all state and Union Territories capitals on all the buildings where it is flown regularly and on the day of the funeral where the funeral takes place," an official statement said.

Environment was a subject close to the heart of Dave, who was appointed environment minister only last year.

Earlier Prime Minister Narendra Modi condoled the death of Dave and termed his demise as a "personal loss".